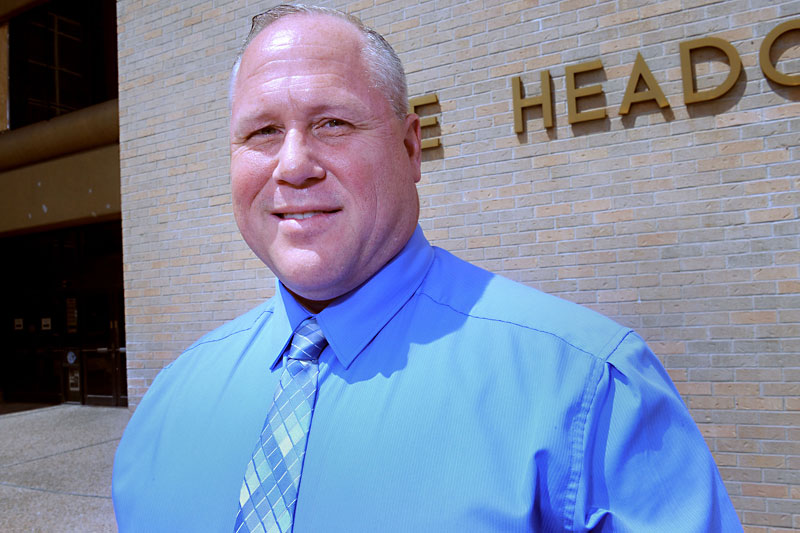 Although domestic violence is often portrayed as an act with a male aggressor and a female victim, in reality it knows no gender boundaries. And unfortunately, it is often overlooked when it occurs between same-sex partners.

"Nationally, we're seeing similar, if not higher rates of intimate partner violence in same-sex relationships," says Lesbian and Gay Peace Officers Association President and Austin Police Department Detective Michael Crumrine, referring to the numbers released by the National Intimate Partner and Sexual Violence Survey in 2011. Conducted by the Centers of Disease Control and Prevention, the NISVS was the first national survey to look at intimate partner violence (IPV) in lesbian, gay, and bisexual relationships. "It's important to be aware that it's happening here in Austin too," Crumrine adds.

Findings show that bisexual women are at the highest risk: 61% have experienced some form of physical violence, rape, and/or stalking, while 44% of lesbians have suffered some form of partner abuse. Bisexual cisgender men experience IPV at a rate of 38%, which is similar to that of heterosexual women (35%). Heterosexual (29%) and gay (26%) men reportedly suffered the least from IPV. The NISVS only looked at the LGB community, and large-scale numbers reflecting what IPV looks like within the transgender community are hard – if not impossible – to come by.

The survey has slowly been gaining traction in organizations working to end domestic violence.

"We're working to cover more LGBT topics – specifically intimate partner violence," says Crumrine about APD's training curriculum. "But adding to the syllabus is a process. It won't just happen overnight. I'm hoping that within the year we'll have more of a focus on these issues." Once approved for cadet training, the LGPOA will lead the sections on queer violence.

The need for queer-specific IPV and sexual assault training might not be apparent to everyone, but Crumrine and Erin Good­ison, the director of Supportive Housing for SafePlace, are clear that the issue needs to be specifically addressed. "There are a lot of aspects that are unique to the LGBT community," says Crumrine, citing everything from the way mainstream society visualizes domestic violence (male aggressor, female victim), to the fear of being outed by either an abusive partner or a police report.

"Part of understanding the difference is recognizing the way [America] looks at intimate partner violence," says Crumrine. "When it happens in a same-gender relationship, it's hard for us to wrap our minds around, because in lesbian relationships we don't look at women as aggressors. With men, and the trans community, we have a difficult time establishing an aggressor. As a society, we do a good job of preparing women to be victims, but we don't warn men it can happen to them too. So men who've been victimized go through a huge mental processing."

The often unspoken belief that IPV does not penetrate queer relationships – nor happen to men – is no more than urban myth. "Violence doesn't happen in healthy LGBT relationships, but we're humans who grow up in a really violent society, so it absolutely does occur in LGBT relationships and can be very hard to address," explains Goodison. "One tactic that seems to come up again and again is the threat that 'Well, no one will help you because you are X or we are Y,' which is sometimes reinforced."

And that reinforcement from police officers is exactly what Crumrine and the rest of the LGPOA want to end. In general, IPV is a hugely under-reported crime, and with the aforementioned barriers, seeking help and legal aid can be exponentially more difficult for queer victims. Crumrine, however, believes that with the June 26 passing of nationwide marriage equality, things might start to shift. "I suspect that ... we'll see an increase in reporting. It's important to remember that it won't mean an increase in violence, but an increase in acceptance and normalization of LGBT relationships."

Due to confidentiality, Goodison could not divulge the number of LGBT clients SafePlace serves, nor do they ask clients to identify their sexual orientation. But they do support the LGBT community – as well as male survivors in general, who, contrary to popular belief, are sheltered on-site. Melinda Cantu, vice president of SafePlace, notes that "members of the LGBT community often choose to not involve law enforcement and come directly to us," so SafePlace could not speak to APD's handling of queer IPV. However, an attorney with Texas Advo­cacy Project, a statewide nonprofit that offers legal aid to domestic violence victims, recalls a specific case where an officer made a point to respect a transgender victim's correct gender pronouns despite having to use her legal name. "The officer treated them as a legally married couple and handled the case exactly as he would've handled a heterosexual couple," says the attorney, who chose to remain anonymous. "Victims often are quick to let us know if they felt the police were disrespectful. All in all, I remember this victim being quite satisfied with her experience with APD, as much as one can be in the situation." TAP reports that this year alone they've closed 32 LGBT cases. Already, that's four more than last year, when they closed 28.

So even while Austin waits for a more comprehensive same-sex IPV training to come to APD, Crumrine still endorses the city's police force. "In my experience, APD is sensitive to LGBT issues. Both my organization and APD want people to know that if they need us we're here and we will believe you." 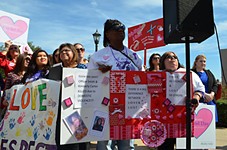