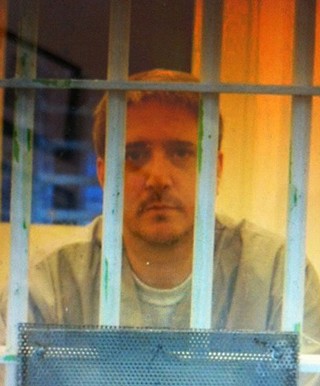 On Monday, the U.S. Supreme Court ruled 5-4 against four death row inmates (one of whom has since been executed) who sought to determine whether the anti-anxiety medication midazolam could constitutionally continue as the first in the three-drug cocktail currently used to execute death row prisoners within the state. Glossip v. Gross is specific to Oklahoma, but its ripple will extend well beyond the state. Because of it, all states that practice lethal injection remain free to tinker with their concoctions as they move forward with their executions. Richard E. Glossip (as well as three other inmates, one of whom was executed in January) argued that the use of midazolam (and its questionable efficacy) violated the Eighth Amendment, which bars cruel and unusual punishment, but they stood no chance against the conservative court majority. The much-contested drug – central to the botched April 2014 execution of Oklahoma inmate Clayton Lockett – evidently provides for a constitutional means of execution. The ruling, however, did bring out a considerable amount of discourse concerning the nature of the death penalty in general within America, and gave ground for two justices in particular – Stephen G. Breyer and Ruth Bader Ginsburg – to question its general constitutionality. (Justices Sonia Sotomayor and Elena Kagan joined Breyer and Ginsburg in dissent.)

Texas currently uses the sedative pentobarbital thanks to shipments from a few unidentified compound pharmacies, and is currently readying its supply for the July 16 execution of Clifton Williams, but it has run short on its supply on two different occasions since March. Reports from early that month indicate that the Texas Department of Criminal Justice received 40 vials of midazolam last summer that won't expire until 2016. Because of Monday's ruling, the TDCJ should have no trouble getting to use it.