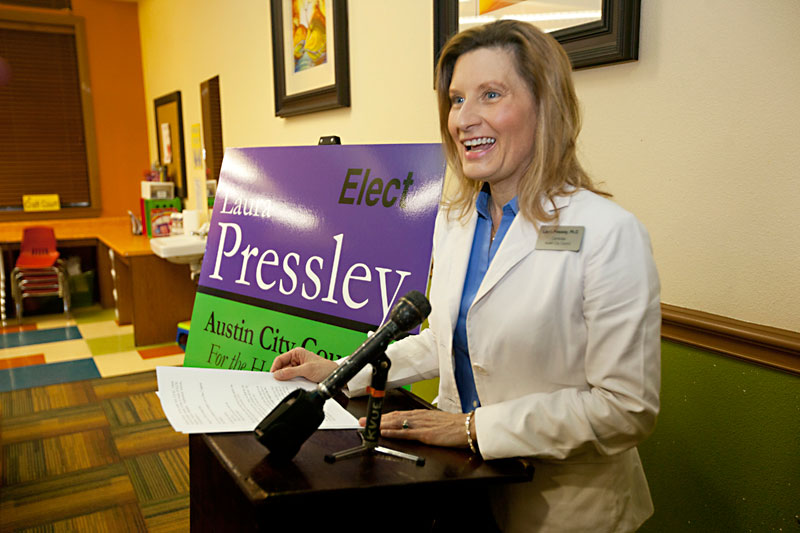 There were several strange moments in last week's sanctions hearing in the Pressley v. Casar election contest lawsuit; one was the response of Laura Pressley's current counsel, Mark Cohen, to Judge Dan Mills' repeated question: Why his client, prior to suing elected District 4 City Council Member Greg Casar, hadn't "in good faith" at least asked Travis County Clerk Dana DeBeauvoir for an election audit, or more simply asked the specific questions she had about election procedures? Cohen finally thundered, "How is it good faith to ask questions of someone you don't trust to tell you something you're not going to believe?"

In fact, from the outset Press­ley rejected any assistance from DeBeauvoir and her staff, and she and her platoon of recount watchers (recruited in part from adherents of "Vote Rescue," who essentially reject all electronic voting) arrived at the recount determined to confront DeBeauvoir and reject any process other than a count of what they deem to be "paper ballots" or "ballot images" – i.e., pieces of paper that expressly mimic "x-marks-the-spot" versions of voting materials.

The distinction matters for a couple of reasons: 1) "Trust" DeBeauvoir or not, Pressley and her attorney had a legal obligation to make a "reasonable inquiry" of the circumstances before filing a lawsuit, and 2) as Cohen's remark confirmed, the entire legal proceeding, from day one, has not truly been a District 4 election contest, but instead an attempt to delegitimize the state's electronic voting system in general and the Travis County process (and administrators) in particular. Cohen also said that "the reason [he] took this case" is his distrust of electronic voting and his belief that it is not "reliable and accountable" to the voters – despite ample practice and legal precedent to the contrary.

In the end, Judge Mills didn't buy the argument, and said he would indeed be imposing financial sanctions on Pressley and her original attorney, David Rogers (who had filed the string of pleadings before being mysteriously dismissed by his client), for acting in bad faith and pursuing an unreasonable, groundless, "frivolous" lawsuit. In May, Mills had issued a "no evidence" summary judgment against Press­ley, and at the conclusion of the sanctions hearing, he specifically described at least three Pressley claims as baseless: 1) that standard consolidation of polls for the run-off had somehow "disenfranchised" her voters; 2) that she made false accusations against DeBeauvoir and others of "criminal" conduct in their management of the run-off and recount; and 3) that she made baseless accusations against the clerk and others over "zero tapes" used in checking and clearing electronic voting machines. Mills said he would revise his summary judgment order to include sanctions – initially estimated at $93,000 in attorneys' fees, to which he could add additional costs, including penalties. (The formal order was still pending at press time.) 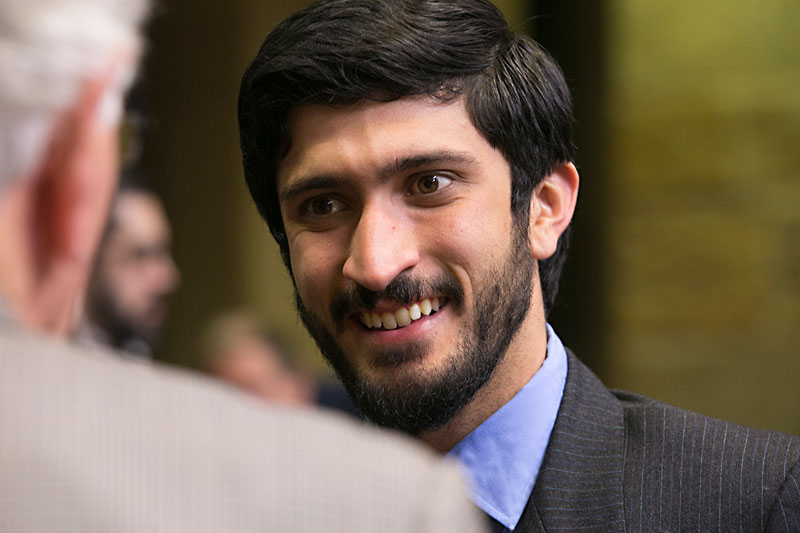 The June 25 session concluded what became a two-day event when a courthouse fire alarm ended the previous week's hearing in the midst of testimony by Casar attorney Chuck Herring, testifying on the legal costs to his client as well as on potential "sanctions factors" under state law (Herring had been a member of the state task force that helped refine the sanctions law). Rogers argued that Herring was unqualified to speak on anything beyond attorneys' fees, that he had apparently "churned" unnecessary fees by including five other attorneys, and that if the lawsuit was so "frivolous," why had Herring and his colleagues done so much work defending it? "Was it a nonsense, frivolous pleading? Yes," responded Herring. "Did we still have to deal with it? Yes." On the stand, Herring called Pressley's lawsuit "the most preposterous election challenge [he'd] ever seen."

Late in the day, there was a brief flurry of confusion when Rogers brandished an amicus letter filed that day with the court by Travis County Director of Civil Litigation Sherine Thomas. The letter – which briefly reiterated that County Clerk DeBeauvoir's procedures, as legally bound, followed standard directions given by the secretary of state – seemed somehow to suggest to Rogers that the countywide polls used in the District 4 run-off were impermissible, thus invalidating the results. Judge Mills called the claim incorrect, irrelevant, and in any case raised too late, and refused Rogers' request to amend his pleadings to include it. Afterward, Pressley insisted the letter meant the run-off was illegal. Commented Herring: "It's a non-issue."

Pressley says she still plans to appeal (with Cohen as her attorney), though the timing depends somewhat on the issuance of Mills' amended summary judgment. Pressley said she was encouraged that the judge had not yet suggested sanctions on her central claim: that "cast vote records" (used in the recount) are not the "ballot images" supposedly required by law. "That's the strongest argument," Pressley said.

Nevertheless, the argument had become somewhat buried among 13,000 pages filed by Pressley's attorneys, in seven amended pleadings including everything from Federal Elections Commission rulings (which have no bearing on election procedures) to Pressley's speculations about "statistical anomalies" in the District 4 voting patterns, in which she lost by 1,291 votes (65-35%). Afterward, Herring, who's worked in elections law for nearly 40 years, summarized the Pressley litigation: "It's a frivolous lawsuit with no legitimate basis in fact or law, and it has been litigated abusively and voluminously, driving up the costs on the parties and on the taxpayers."

And apparently, it ain't over yet. As Judge Mills told Rogers, "You're beating on this horse that's dying, and its legs are getting shorter as it's going down the road."

A version of this article appeared in print on July 3, 2015 with the headline: Marked for Sanctions, Pressley Marches On