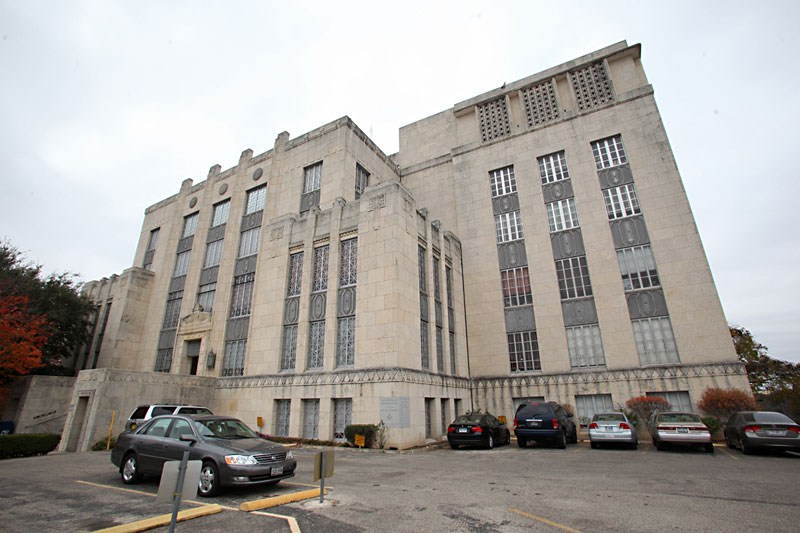 "I stepped around six children as I walked down the stairs," said Judge Lora Living­ston on Monday, explaining one of the vivid reasons for the campaign in progress to replace Travis County's Heman Sweatt Civil Courthouse with a new "Civil and Family Courts Complex" to be built at Fourth and Guadalupe. "There is simply no place for children to wait while their parents are in court."

That was much of the day's theme at Mon­day's press conference, held at the Women's Community Center of Central Texas Downtown. County officials and advocates for the new courthouse complex (for which a $291.6 million bond vote will appear on the November ballot) emphasized specifically the need for better and safer accommodations for children and families than the 84-year-old courthouse can provide. Heman Sweatt, at 10th and Guadalupe, housed three courtrooms when it was built in 1931, for a county of 78,000 people. Now, for a county population of 1.2 million, it contains 19 chockablock courtrooms and offices containing more than 300 employees – and is plagued by inadequate technology and access, leaks, fire hazards, vermin, etc. The close quarters also mean that people involved in domestic disputes – including those who have been abused by family members – must regularly encounter one another in the overcrowded hallways and elevators, often waiting together outside courtrooms.

Although virtually anyone who enters the current courthouse – some 200,000 people party to 50,000 cases annually, said Judge Dietz – quickly recognizes the decrepit state of the building, the speakers acknowledged that they will need to educate voters on the hefty price tag to build an adequate and safe courthouse. (The cost, advocates emphasized, amounts to about $42 a year on a $325,000 home – "or a $3.50 taco a month.") "This is not a discretionary function or expenditure," argued Dickie. "The courthouse is constitutionally mandated, and it is not a luxury." She said several committees of judges and officials and volunteers over the last decade had thoroughly reviewed and revised the needs and the costs, and the proposed bond reflects accurately what is needed to construct a modern courthouse facility for Travis County. "We need this funding," said Dickie, "and we have to have this courthouse."