Friends mourn the "most interesting person in Denton" 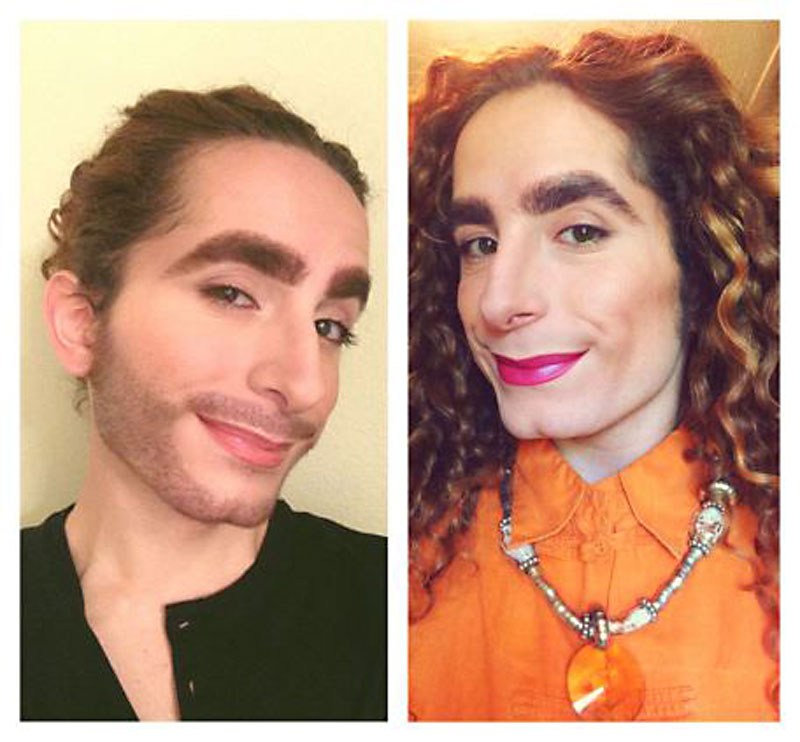 From almost the exact moment of his disappearance in the early morning hours of Fri­day, June 5, the absence of Julio Santos III has been keenly felt across two communities. The 22-year-old University of North Texas student and Kyle native was last seen on Sixth Street, chattering all night to friends about an upcoming internship with Nordstrom. Two days later, on Sunday morning, his body was found floating in Lady Bird Lake.

Lizette Murillo, a UT grad and friend of Santos, was with him (friends and social media accounts confirm the masculine as the androgynous Santos' preferred pronoun) the night he went missing. "He was the most confident person I knew," she told the Chronicle. The two played saxophone for the Lehman High School band in Kyle, but it was when Santos entered the Denton community that he truly "grew into himself."

A noted thrift store fanatic, Santos took immense pleasure in rescuing abandoned clothes and turning them into something beautiful. "He just understood the form of a person," recalled Murillo, who also took art with Santos in high school. On his school blog, Juju the Guru, Santos wrote on fashion merchandising, makeup application, and – the most-used tag – androgyny. "I can assure you, however, that you are certainly welcome here," he wrote in his February 2013 preamble to his blog, entitled "You're Welcome." "You are welcome to visit whenever you need a laugh, fashion inspiration, or a good eyeroll. Especially the eyeroll."

Monday, June 15, would have been Santos' first day as a retail intern at a Nordstrom north of Seattle. Fittingly, he would've worked in accessories. Instead, the Wednesday after Santos' disappearance, June 10, APD was able to identify the body found in the lake as Santos. Nearly 500 friends and admirers of the live wire RSVP'd to a glow-stick vigil, Friday, June 12, at the UNT Library Mall. Gathered in a circle around the flagpoles, they joined hands to commemorate the life of "the most interesting person in Denton."

Questions surrounding the circumstances of the death still swirl, with APD claiming "no suspicious trauma," although the investigation is still pending. Santos left Bar­ba­rella sometime after 2am; his two companions stayed behind. Santos' snakeskin wristlet turned up behind the bar at Barbarella, still containing loose cash and an ID, but staff told the Chronicle they didn't know where in the bar it was found. They recalled it was "not the busiest" Thursday, and relatively calm. According to TuezGayz producer TheGlitoris, Santos was last seen across the street from Barbarella, at the food truck court at Sixth Street and Red River. So far, no one knows for sure how he made it from there to the lake.

Family has declined media interviews, but Murillo did say the last memory she has of Santos was on the dance floor at Barbarella, singing "Can't Take My Eyes off of You." "All I'm certain of is he was loved by a lot of people," she said.

A version of this article appeared in print on June 19, 2015 with the headline: A Death and Unanswered Questions