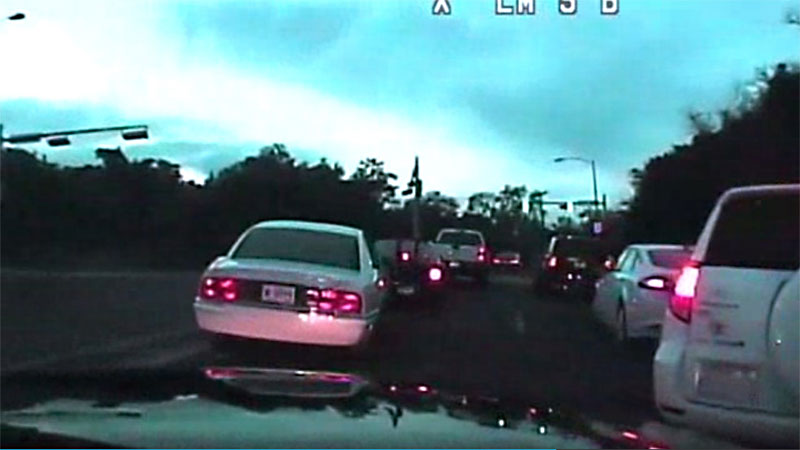 Last week, Austin Police Department Officer Ryan Han­cock received a 90-day suspension for an incident that he believed – when it occurred seven months ago – he had handled properly.

On Dec. 9, while maneuvering, with lights and sirens, through rush-hour traffic on Enfield Road to the scene of a collision on MoPac, Hancock nicked a vehicle with his patrol unit. The contact was so inconsequential that he didn't realize he'd hit another car, but thought he'd hit some road debris – and continued to the crash scene. While there, his attorney Tiger Hanner told the Chronicle, Hancock noticed a 911 dispatch about a collision with a police car, and realized what had happened. Hancock finished his work on MoPac and set out to right the situation. Hanner says Hancock went to the woman's house and accepted blame on the collision report (though the woman considered herself responsible) – all the while communicating the incident to his sergeant, John Spillers. Details were sent through Hancock's chain of command: Spillers, Lt. Brian Jones, and Commander Dave Mahoney. Each believed that their officer committed no wrongdoing. APD's executive staff had other thoughts.

Assistant Chiefs Chris McIlvain and Jason Dusterhoft ordered an internal investigation, which ultimately concluded with Chief Art Acevedo signing off on the 90-day suspension. Hanner says the suspension came after threats from the fifth floor of an outright termination, and that Hancock waived any right to appeal the suspension as a trade-off so the three-year veteran – who, supporters note, won a Lifesaving Award at the 2015 Officers Distinguished Awards Ceremony last month – could keep his job. Hancock was cited with violating three policies: General Operation of Department Vehicles, Neglect of Duty, and Acts Bringing Discredit Upon the Department. In addition to the suspension (which Hanner says includes 30 days of hardship, i.e., permission to use accrued leave and vacation time in order to allow Hancock to salvage one month of his $70,549 annual salary, as well as keep his benefits), Hancock agreed to attend a training course, ride out for 20 hours with a Field Training Officer, and enter into a one-year probationary period. Hancock additionally loses his Field Training Officer status and must work to get that back. In addition, Mahoney received a 10-day suspension for failing to properly investigate the crash, and Spillers and Jones each face educational discipline.

Hancock's union believes the discipline should have ended with the training session.

"He was moving no faster than maybe 2 miles per hour," explained Ken Casaday, head of the Austin Police Associ­ation. "It sounds really bad [on the dashboard camera] because the microphone on the car is right in front of the right-front passenger door. So you hear a thump and a scratch. He works the collision, looks down at the computer screen, sees the leaving-the-scene call, and realizes he's getting called in. Plays back the video, says, 'I think I hit that car,' and calls his supervisor.

"Sergeant sends him back, he finds her at her house. He apologizes, and she says that it's her fault. They go back and forth. He works the collision and finds himself at fault on the collision sheet. It was dead for four months. The commander took it up [to the fifth floor] for written reprimands and the chiefs just blow up. They said it wasn't investigated; accuse the entire chain of command – from the sergeant to the commander – of dereliction.

"Everybody says it's a 'leaving-the-scene' collision. Leaving the scene is if you don't come back. It went [for review] to our Leaving the Scene unit; they said it was not an LTS." Casaday also pointed out that such incidents aren't uncommon: "[There are] several a day. If you back into a phone pole, or you back into another car. A lot of our accidents happen in the parking lot."

Making matters more complicated is word from both Casaday and Hanner that the woman involved in the accident refused to comply with Internal Affairs because she didn't think Hancock deserved to get in trouble. (Chief McIlvain declined to confirm this detail with the Chronicle, and requests for review transcripts went unfulfilled.) Hanner described the initial Internal Affairs review as "very sympathetic," and said the original ruling was a letter of reprimand. "When it was sent back, the assistant chiefs said 'No,'" he said. Hancock was given an ultimatum: outright termination or the 90-day suspension with no appeal.

"Long term, we would win [an appeal of an indefinite suspension]. I'm confident about that," said Hanner. "But you have an officer who goes without pay for nine months or so, and you're a sole-income household with two small children. You can't really do that. The risks were so great, it really wasn't a viable option. That's the frustration to me. You're put in a box of agreeing to a significant punishment or losing your career and not being able to feed your family. If your choice is death or a beating, you take the beating. It's not appropriate, but what can you do?"