After having the cops called on him several times, APD officer is canned 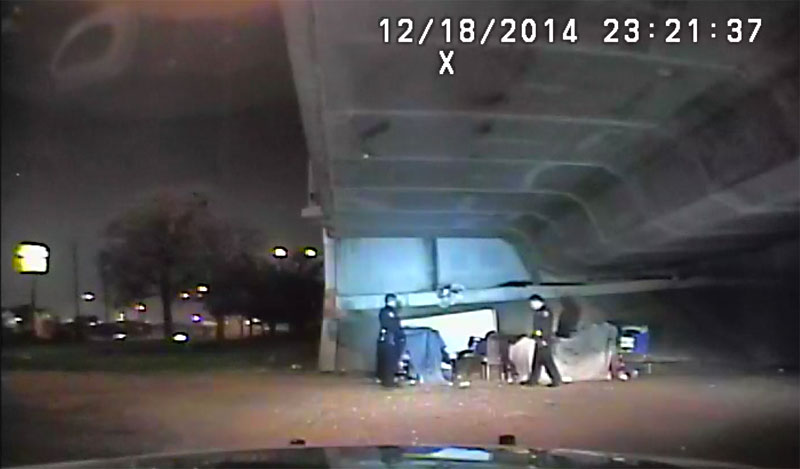 Austin Police Department Officer Anthony Nolen is out of a job after receiving notice of his indefinite suspension on Friday, June 12. Nolen, a sworn officer since May 2008, was charged with insubordination, failure to know and comply with departmental rules, dishonesty, prohibited use of departmental technology, and acts bringing discredit upon the department – all part of a four-year romantic saga involving Nolen and a woman identified in disciplinary memos only as "Ms. H."

According to the memos, Nolen had been involved in a romantic relationship with Ms. H for one year prior to their Valentine's Day 2012 joint purchase of a dog. The two moved in together a month after that, but Ms. H moved out two years later – in the summer of 2014. The memo notes that Ms. H continued to sometimes stay at Nolen's residence after the breakup, however, and from March 2014 to that December the two engaged in a series of disturbances that brought the Williamson County Sheriff's Office to their door on eight different occasions. "Some of the calls revolved around alleged threats of suicide, family violence, as well as an alleged burglary" – specifically, Nolen claimed Ms. H was trying to steal a dog they'd purchased, notes the memo. Late in 2014, "two different sergeants from the WCSO independently contacted an Austin Police Department Watch Commander on two separate occasions regarding Officer Nolen's conduct and the surrounding circumstances. The officers, tired of dealing with Officer Nolen's situation, called to complain about him."

At one point Nolen secretly recorded one argument in attempt to use the tape against Ms. H, but it ended up getting him in trouble when Internal Affairs discovered that he'd pushed her mid-conversation and injured her ankle. He also improperly accessed APD's Versadex records management system in order to drum up information about Ms. H. And he was accused of lying to IA, as well his chain of command, about the situation. Twice this winter he was told by IA not to discuss the investigation with any witness, potential witness, or other officer within the department, but later admitted to speaking with Ms. H on "multiple occasions regarding her Internal Affairs interview and the specifics of the investigation."

APD Chief Art Acevedo noted in his memo: "Dishonesty, to wit, lying to an investigator conducting an administrative or criminal investigation, is an indefinite suspension under the APD Disciplinary Matrix. Officer Nolen's continuous disturbances with his girlfriend have caused repeated responses by other law enforcement actions and generated complaints ... which has brought discredit to the Austin Police Department." Nolen has until Monday, June 22, to file an appeal.

In other APD-suspension news, 12-year veteran Mark Lytle got 10 days for making "several rude and belittling comments" to a homeless woman in a wheelchair who was camped out under a city bridge last winter. Lytle became notorious last year after a dash-cam video of him and another cop making light of rape ("we can't unrape you") hit YouTube, and he received a five-day suspension for those comments. In addition to the new suspension, Lytle also agreed to reassignment for Downtown duty – which will have him working near the ARCH – for 20 days after the suspension. Acevedo wrote that he took into consideration Officer Lytle's "prior recent similar history," conduct, and discipline. Lytle has 10 days to appeal.

A version of this article appeared in print on June 19, 2015 with the headline: Cops Behaving Badly