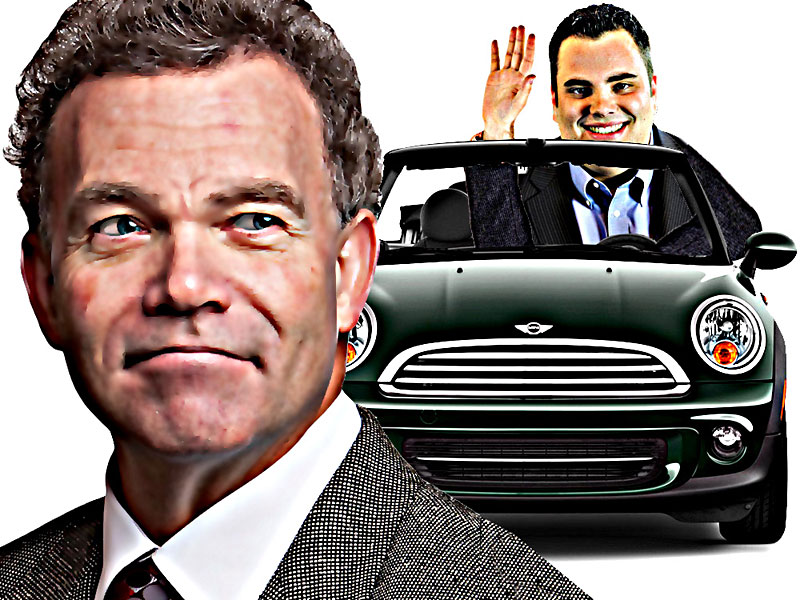 At the center of several transportation squabbles in the 84th Legislature was the pesky issue of funding the department itself. The sticking point between the House and Senate was a philosophical difference on where highway funds should be pulled from: The Senate and Sen. Robert Nichols, R-Jack­son­ville, wanted money diverted from the vehicle sales tax while Rep. Joe Pickett, D-El Paso, insisted it come from the general sales tax. A compromise reached early last week would split the needed $5 billion between each. The constitutional amendment to enable that will go before the voters in November.

After the hullabaloo surrounding his "former fetus" schtick back in March, it was a decent bet that Rep. Jonathan Stickland, R-Bedford, would be staking much of his mischief on abortion-related bills – and that he did. But unfortunately for House Transport­a­tion Committee Chair Joe Pickett, the Tea Party firebrand had more tricks up his sleeve. At a committee hearing on May 8, Stickland, pushing a measure to get rid of red light cameras (House Bill 142), was forcibly removed from the room after Pickett discovered witnesses had been improperly registered to testify: They had been signed up to testify, but weren't in fact present at the Capitol.

The entire affair looked like a punch line, until May 28, when an amendment to the transportation funding bill from Sen. Bob Hall, R-Edgewood, to eliminate the cameras by contract attrition, passed.

Fisticuffs of a different kind broke out over the proposed Dallas-Houston bullet train, specifically over language in a Senate budget rider that would've banned state agencies (such as TxDOT) from working with Texas Central Railway. The language was eventually removed from the final product, and the project can now move ahead without legislative meddling. Ride-sharing service Uber suffered from similar inaction, when proposals to regulate the service failed to garner enough support to proceed, even after rabid lobbying efforts. The company, dealing with sometimes conflicting city ordinances, had hoped a statewide law would clear red tape.

And yet again, efforts by Rep. Tom Crad­dick, R-Midland, to ban texting while driving, have failed. Four years ago the same bill passed the Lege only to be vetoed by then-Gov. Rick Perry, who said he was stopping an attempt to "micromanage the behavior of adults." Last year, almost 500 Texas traffic deaths were the result of distracted driving, according to TxDOT.