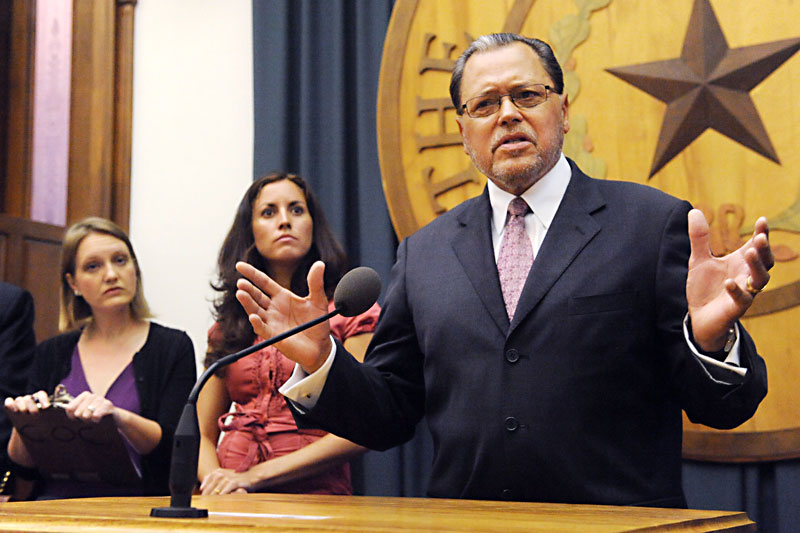 Labor bills weren't high on the Legislature's agenda this session: None of the bills mentioned in the Chronicle's Lege preview – from those that aimed to increase minimum wage to those that aimed to curtail employment of the undocumented – made it out alive. However, the Lege came very close to passing SB 1968, authored by Sen. Joan Huffman, R-Houston, which would have prevented union dues from being automatically deducted from the paychecks of public-sector employees (with exceptions for the politically powerful first-responder unions, naturally). The bill made it out of the Senate on a party-line vote, but Rep. Byron Cook, R-Corsicana, told the Texas Tribune that he wouldn't schedule a House vote on it before the end of session, because he believed it was too vulnerable to procedural challenges. Public sector employees were, unsurprisingly, passionately opposed to the bill, which both sides viewed as a union-killer. The Texas chapter of the American Federation of Teachers released a statement after the bill passed the Senate, reading in part, "With consummate irony, a majority in the Texas Senate marked Teacher Appreciation Week on Thursday by voting to take away the freedom of teachers and all other school employees to make voluntary payments from their earnings ... For good measure, the Senate majority did the same disservice to most other state and local public employees. Evidently these senators 'appreciate' all the public employees in Texas just as much as they revere teachers."