Developer joins with Workers Defense to offer labor guarantees, but the neighborhood still has qualms about a new hotel

Developers of a planned Eastside hotel have signed on to Workers Defense Proj­ect's Better Builder Program, ensuring a wide range of worker benefits – including a $15-per-hour wage floor – to help mitigate the effects of neighborhood gentrification. Though the developers are not the first to join the program, the terms are unprecedented.

"This is a huge deal for the Workers Defense Project," said Bo Delp, WDP Interim Better Builder Program Director. "It creates a model for responsible development for an untold number of construction workers in the city of Austin."

Brian and Bree Carrico, the husband-and-wife team of real estate developers operating as 1207 East Cesar Chavez Hotel LLP, have faced hostility from the neighborhood toward the project. Plans call for a three-story, 65-room hotel with a restaurant and bar and underground parking – the latter element a concession made in response to concerns about increased traffic.

Brian Carrico said he and his wife have always intended to be sensitive to the neighborhood's character. He noted resistance to the project was initially negligible, but believes growing concerns over gentrification in general have contributed to mounting opposition. "We kept getting a lot of positive feedback," he said in a telephone interview. "It was not controversial at that point," he said of early meetings with the neighborhood planning committee. But he appreciates residents' concerns about commercial encroachment, he added: "I absolutely appreciate that viewpoint. What we've tried to do is find parts of the project where we can uphold the values of this vibrant corridor."

With the Better Builders pact, that commitment is now formalized. In addition to a livable wage, other worker safeguards to which the Carricos have agreed are:

• Compliance with all local, county, state, and federal laws and ordinances;

• OSHA-10 safety training for all construction workers on the project, and OSHA-30 training for on-site supervisors;

• Workers' compensation insurance for all construction workers on the project;

• A minimum requirement of 30% of the total man-hours to be assigned to workers from economically disadvantaged areas in Austin, and 20% to workers who have taken WDP-certified craft training programs that offer bilingual instruction to provide pathways to skilled, safe jobs in the industry;

• Independent, on-site interviews with construction workers during the life of the project to ensure these standards are upheld throughout the subcontracting chain.

"Our members are very excited about this agreement and what it might mean in the future," Delp said. "It's a big win for construction workers."

Jeremy Hendricks, business manager for the Laborers International Union of North America Local 753, echoed the sentiment: "I think it's important not only for workers of that one project, but for the entire city. It shows you can still build a project that is lucrative for the owner, contractor, and developer but also benefits the community and does the right thing by workers."

The project has also garnered support from Paul Saldaña – normally an activist guarded against commercial encroachment – who confirmed his status as a paid consultant for the Carricos. Saldaña has been vocal­ly opposed to a proposed condominium tower next to the Mexican American Cul­tur­al Center but believes the impact of this project will be far less intrusive than that. "Bree and Brian spent 15 months working with the neighborhood planning team to help mitigate some of those concerns," he said. "There aren't too many owners of projects willing to invest that much time and effort to meet with neighbors and get their support. They didn't really have to do that, but they did."

However, the agreement with WDP has not alleviated the concerns of the East Cesar Chavez Neighborhood Planning Team and the more than 400 people who have signed a petition opposing the hotel, which they believe will bring far more traffic and disruption to an already overburdened street than would a housing development, an office building, or a smaller hotel without a restaurant and a bar. District 3 Council Member Pio Renteria is among them. "I think it's an infringement on the neighborhood," he said. The neighborhood plan, drafted 15 years ago, identifies East Seventh, Sixth, and Fifth streets – and not Cesar Chavez – as the "preferred growth area," Renteria explained. "Hotels are high-density housing," he said. "That's why we have a neighborhood plan. If we don't stick to our neighborhood plan, we might as well give it up."

An earlier version of this story, due to an editorial error, incorrectly attributed a quote from Bo Delp to Cristina Tzintzún. The Chronicle regrets the error. 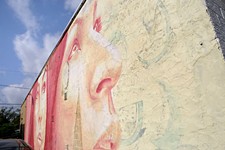