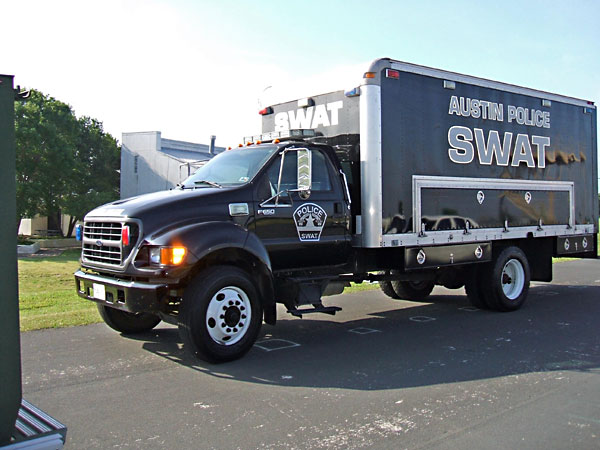 One individual is dead and another in critical condition after a 30-hour period saw two police-involved shootings this weekend.

The first occurred Sunday morning, shortly after 1am, at the Walnut Creek Apartments on Springdale Road, near Manor Road. Officers were dispatched to the complex after receiving a call about a 29-year-old black man – later identified as Delbert Lee Allen – reportedly high on PCP. Two officers opened fire after one officer reportedly observed what he believed to be a pistol in Allen's waistband. However, the Statesman reported that residents who claimed to have witnessed the shooting – some from "limited" vantage points – said that Allen never drew a weapon, and that he never made any sudden movements. An affidavit filed later that day indicates that officers found a .41 caliber handgun "on or about" Allen's person. Two officers were named in the affidavit, though it hasn't been confirmed whether or not they were the cops who shot Allen. At a press briefing that morning, Asst. Chief Brian Manley said one officer has been with the department for two-and-a-half years, and the other for "a little over a year."

Allen's affidavit indicates officers learned after the incident that Allen has been convicted of eight different felonies since Feb. 2008. His most recent arrest came Oct. 2, 2014, when he was charged with aggravated assault for allegedly dragging a woman from his car.

Twenty-four hours after Allen was shot, officers responded to a call at an apartment complex on Shirley Avenue (across the street from Thread­gill's on North Lamar) made by the boyfriend of a 31-year-old white female believed to be suicidal. One hour of negotiations between the two parties proved unsuccessful, and the officers called APD's SWAT unit and hostage negotiation team. Three more hours of unsuccessful negotiations ensued, with Manley reporting that the woman repeatedly entered and exited her apartment – sometimes to shout vulgarities at the officers. At one point, efforts to keep her from approaching the officers concluded with the officers attempting to "impact her with a less lethal projectile," Manley said. He added that officers witnessed the woman carrying a gun in a holster throughout the standoff while she was inside her apartment. At one point she walked outside, Manley said, lifted the gun up, pointed it at herself, then toward the officers, and was then shot by a SWAT sniper, and pronounced dead at 6:20am. Manley said the sniper who shot the woman has been with the department for seven years.

Police haven't yet provided further updates on the shootings. All three officers have been placed on paid administrative leave while APD and the Office of the Police Monitor conduct individual reviews of the incidents.

On Saturday, as part of a separate, previously planned event, friends and family of Nathaniel Sanders II will gather at 9am and walk from Givens Park (3811 E. 12th) to the Walnut Creek Apartments, a press release indicates. Sanders was shot and killed in the parking lot of that apartment complex by an APD officer on May 11, 2009 (see "Nathaniel and Li'l Nate," May 29, 2009). He was 17 then and would have turned 25 on May 30. His family will be joined at Givens Park by Byron Carter Sr., father of Byron Car­ter, who was shot and killed by an APD officer on May 30, 2011, when he was 20, and Larry Jackson Jr.'s sister LaKiza; Jack­son was 32 when he was shot and killed by APD detective Charles Kleinert (who is set to face manslaughter charges in federal court) on July 26, 2013.