Bills of the Week: House Bill 1 and Senate Bill 1

Lawmakers are only obligated to pass one bill, and that's the budget. The conference committee has reached some consensus on the draft in House Bill 1, and now they just have to see if the House and Senate will agree to their compromise (i.e., whoever's definition of "fiscal conservative" wins out).

Attention has increasingly turned to the deal's school finance component. The failure of the House to pass interim school finance reforms in HB 1759 meant the $3 billion in extra cash intended for schools, over and above inflation, shrank to $1.2 billion. Part of that goes to offset tax reforms in Senate Bill 1 – including an increase in the homestead exemption. If approved by voters in November, it could mean an average $120 drop in property taxes next year.

However, that extra cash doesn't benefit everyone equally. With no reforms to the state's recapture system – known as Robin Hood – many districts will still be sending more out than the state will be adding in. In a May 26 letter to the Travis County delegation, Greater Austin Chamber of Commerce Vice President for Education Development Drew Scheberle spelled out what that means for the Austin Independent School District: In the 2016 financial year, the district will send $264 million to state coffers, breaking over $500 million in the 2017-18 biennium. That $10 million cut in local property taxes doesn't look so benevolent now.

It's a tough balancing act. As long as the state depends on property taxes to pay for schools, there will be some leveling mechanism between rich and poor districts. Even plaintiffs in the current school finance lawsuits, like the Equity Center and the Mexican American Legal Defense and Educational Fund, make arguments for Robin Hood. The system is designed to rely on rich districts with rich, easy-to-educate kids. But at the same time, it raids the resources of property-rich districts which nonetheless have a lot of poorer kids with greater needs – such as Austin.

Now here comes SB 1 to add insult to injury. As passed by the House on May 25, the bill provides $400 million to offset some of the costs of that expanded tax exemption. But there's a catch. Running the numbers, Scheberle said he saw no additional relief for AISD, or any other district within Travis County. Instead, the bulk of the benefit goes to Houston and Dallas.

Technically, Houston ISD should already be on the hook for tens of millions, but an older tax fix kept that money in their coffers. As that fix expires, HISD would be sending $100 million under recapture this year. Instead, they get to kick that can down the road for another biennium, while Travis County keeps paying the bulk of all recapture contributions.

Why so much concern about Houston and Dallas voters? Surely it's not because those areas are more important in Republican statewide primaries? Perish the thought. 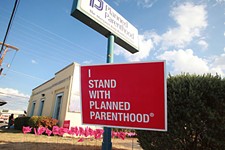