Body Counts in the House

It's called billpocalypse. The 122nd day of any Texas legislative session is the last day for the House to consider any House bills or resolutions on second reading. Basically, if your bill hasn't escaped committee and gotten a second vote on the floor by now, it's dead. 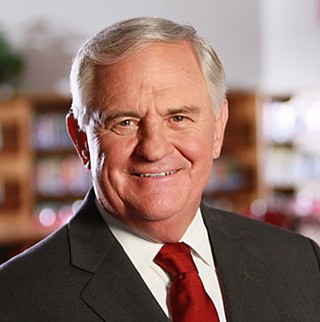 This year, the deadly date fell on May 14. After a slow session, the killing fields were already deep, but the biggest victim was House Bill 1759 by House Public Education chair Jimmie Don Aycock, R-Killeen. The only significant attempt at school finance reform this session, it would have reconfigured many of the key modifiers for how state cash is distributed, as well as adding another $800 million to the mix (see "The Education Session," May 1). However, with the clock ticking down, Aycock killed his own bill. Rather than let this pivotal day be swallowed up by one bill that was destined for a bumpy ride in the Senate, he let Rep. Trey Martinez Fischer, D-San Antonio, kill it on a point of order (for a report on its demise and a fuller autopsy, read "School Finance Reform Dead," May 14).

Lawmakers on both sides of the aisle had much to mourn in its failure, not least that they'll have to explain its loss to local education voters.

Democrats (and, quietly, many Repub­lic­ans) were much happier about the demise of HB 4105. Out of all the anti-LGBT legislation filed this session, the gay marriage ban authored by Rep. Cecil Bell, R-Mag­nol­ia, was closest to passage. But with a busy slate, and a few minor delaying techniques by Dems, it never even reached the floor. The next day, 93 of the 98 members of the House Republican caucus signed a letter saying they still believed that marriage should only be between a man and a woman (see "Republicans Swap Marriage Ban for Angry Letter," May 15). So, that's the party's homophobic rump placated. Yet considering how many major employers like Dell and Samsung have signed up for the pro-equality pressure group Texas Competes to oppose such bans, the bill's failure means they've dodged a very controversial bullet.

Elsewhere in the killing fields, it was a mixed result. Advocates for community schools were jubilant when HB 1891 by Reps. Eddie Rodriguez, D-Austin, and Gary VanDeaver, R-Bowie, made it under the wire. This measure creates an actual definition for community schools, allowing neighborhoods and districts to come together to help campuses, rather than seeing them repurposed or handed over to a charter group. Yet the accompanying HB 1892, establishing grants essential to make the program work, failed to get across the rotunda.

With billpocalypse out of the way, the calendar pages are flying away. With less than two weeks until the end of the session, lawmakers are desperately trying to amend surviving bills, or hammer out differences between House and Senate versions in conference committee. Just about every day becomes a major deadline.

• May 22: Last day for House to consider local bills on second and third reading.

• May 23: Last day for House committees to send Senate bills and resolutions to the House floor.

• May 26: Last day for the House to consider non-local, non-consent Senate bills and joint resolutions on second reading.

• May 27: Last day for Senate to consider all bills and joint resolutions on second or third reading.

• May 28: Midnight deadline for House to distribute Senate amendments.

• May 29: Last day for House to act on Senate amendments. Last day for Senate committees to send bills to the floor.

• May 31: Last day for House and Senate to adopt conference committee reports

• June 1: Break out the tequila, it's sine die, the final day of the 84th Legislature.

There's one more significant date after that: June 21, the final day for Gov. Greg Abbott to sign or veto a bill. Then of course, there's that shadow hanging over everyone: If the House and Senate can't come to some agreement over tax cuts, Abbott could call them back for a special session. Moreover, with the failure of school finance reform, the pressure rises for a special session dealing solely with that. Senate Public Edu­ca­tion chair Larry Taylor, R-Friendswood, has already said that's the only way to get any meaningful and sweeping reform. The only question is, will Abbott pull the trigger this year, or wait until the Texas Supreme Court forces his hand?

The specter of ghost voting – when lawmakers press the aye or nay button for absentee colleagues – was raised in the passage, then failure, of a significant amendment in the school wars. Aycock's HB 2804 is a revamp of school assessments. Its single biggest change, and its most controversial, is to start grading schools and school districts on an A-F scale, rather than the current binary system of "Met Standard" or "Improvement Required." In a sign of the measure's opposition, Rep. Larry Phillips, R-Sherman, proposed an amendment stripping the A-F component. He called on his colleagues to "stand up for sanity in our schools" and, in a razor-thin vote, his amendment was adopted 73-72. Then the calls came for a verification vote – basically, a do-over to ensure the numbers were right. Suddenly, the Phillips amendment failed 69-75. Not only had the A-F supporters swollen their numbers, but it turned out that several members shown as supporting the amendment weren't on the floor at all.

Rep. Dawnna Dukes, D-Austin, is watching the closing days of this session from the sidelines. In April, she announced via Face­book that persistent and serious health issues resulting from a 2013 auto wreck on I-35 had become so serious that she was having to prioritize her recovery. After multiple MRIs and a case of pneumonia, she seems unlikely to return to the Lege before sine die, but pledges she is not retiring, and hopes to return if a special session is called. She wrote, "In the meantime, I cannot eat Blue Bell ice cream. What a bummer!"... With no seeming sense of dramatic irony, the day after a 3.3 magnitude earthquake struck Farmers Branch on May 18, Gov. Greg Abbott signed HB 40, the fracking ban ban, restricting the ability of municipalities to regulate drilling activities linked to (wait for it) earthquakes. He also implied the mass shooting in Waco had no impact on the handgun open carry rules in HB 910 because (wait for it) the bill hasn't passed yet... Some slightly good news on HB 910: the Senate State Affairs Committee has sent the bill to the full Senate, but has at least stripped off a widely criticized amendment barring cops from asking people with guns if they have a license... Side note: Progressives are still furious that HB 40 passed with Democratic votes, and the contentious amendment in HB 910 was authored by Houston Dem Rep. Harold Dutton... Unions are quietly optimistic that Senate Bill 1968, ending the automatic deduction of member dues from paychecks, is dead. Repub­lic­ans failed to get the necessary votes to fast-track the bill through committee before sine die. 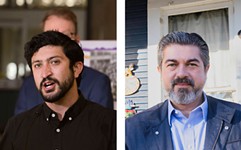 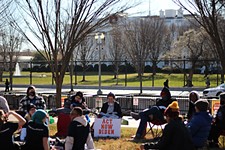