Was Daniel Nagle murdered by a man acting alone, or was it part of a larger conspiracy? 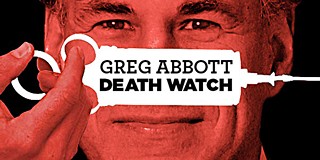 On the afternoon of Dec. 17, 1999, in Beeville, Texas, correctional officer and local AFSCME union president Daniel Nagle was found stabbed to death inside his office. No witnesses immediately came forward.

Part of the reason for that was staffing at Beeville's McConnell Unit had grown so thin that guards often worked alone. In fact, according to a 2013 report in The New York Times, the situation at McConnell had grown so dire by late 1999 that, just two weeks before his murder, Nagle was in Aus­tin at a rally urging the Legislature to do something. "Someone will have to be killed," he said, "before the Texas Depart­ment of Criminal Justice does anything about the shortage of staff in Texas prisons."

Not only did no officer witness the murder, but none of the surveillance cameras stationed around the complex pointed toward Nagle's office. A handful of McCon­nell inmates – who would later step forward – proved the murder's only onlookers.

Found at the scene of the killing was a homemade knife fashioned out of a metal rod. It was free of fingerprints. Investigators also found a torn disciplinary report that had been delivered to Robert Pruett, a 20-year-old inmate serving 99 years for acting as an accomplice to a murder his father committed when he was just 16. Pruett had been disciplined by Nagle that week for taking a sandwich into the complex's recreation area. But no fingerprints were found on the report, and a palm print found on the document belonged to a third party. Though inmate witnesses testified to seeing a violent skirmish in Nagle's office, the only blood samples taken from the scene belonged to the deceased.

Officers who questioned Pruett after the murder noticed that he had a cut on his thumb, which Pruett said he got while weight lifting. Blood found on his clothing came from that injury. He told authorities that on the day of the murder, he returned to his cell after cutting his thumb, then went to the prison's gym, where he washed whatever blood remained off his hand. He said it was at the gym that he first heard of Nagle's murder. 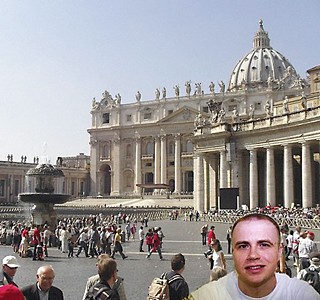 Nagle's death was not the end of problems at McConnell. The entire unit was put on lockdown, but three days later, at roughly 3:45am, an inmate jimmied the lock on his door and broke out of his cell. He attacked a guard with a six-inch shank, then forced him into the unit's control center, where another guard was stabbed in the forearm. The inmate then unlocked the unit's doors. Eighty inmates broke out and destroyed the complex. It took more than 100 guards to retake the cellblock. They battled prisoners for over two hours before regaining control. TDCJ spokesman Glen Castlebury told the Houston Chronicle: "We would see no relationship between the two incidents."

Others were not so certain, and believed that Nagle's murder and the riot were part of a larger conspiracy by a prison gang in league with corrupt corrections officers. As the Texas Observer reported in a March 2000 story, "About a month before his death, Nagle's name was reportedly discovered on a 'kite,' a clandestine note from one inmate to another. The warden reportedly warned Nagle that the note was a hit list, and that one or another prison gang wanted the officer dead." News just weeks after the murder that three Beeville prison guards had pleaded guilty to laundering money on behalf of McConnell inmates only made observers of Pruett's case more skeptical about the official version of events.

However, the disciplinary report, Pruett's injury, and the inmate witnesses' testimony were enough for a grand jury to indict Pruett for Nagle's murder, even though the prosecution could produce no physical evidence tying him to the crime. All evidence of Pruett's involvement was gleaned from five inmate witnesses, some of whom admitted to being granted credit toward early parole in exchange for their full testimony. Some said they saw Pruett kill Nagle themselves, others claimed that Pruett admitted his guilt to them.

Pruett was found guilty of capital murder and sentenced to death in 2003. None of his appeals have resulted in his conviction or sentence being overturned, although in 2013, just 12 days before his scheduled execution, prosecutors agreed to a 60-day reprieve to allow touch DNA testing (a science not available during Pruett's trial) on the disciplinary report. Ultimately, the tests succeeded only in delaying Pruett's execution, not stopping it: The trial court held that it was "not reasonably probable that [Pruett] would have been acquitted had the new results been available at trial." He received a new execution date: April 28, 2015.

Pruett hasn't had much luck organizing his final appeals. His chief counsel, well-respected Houston death penalty attorney David Dow, is currently facing a yearlong suspension after filing documents late in the case of Miguel Paredes (see "Death Watch: San Antonio Gun Brother," Oct. 24, 2014), and appeals filed this month with the state and 5th Circuit have been unsuccessful. Pruett was in line to be the eighth Texan executed in 2015; however, Richard Vasquez received a stay of execution on April 20 in order to give the Court of Criminal Appeals more time to decide whether to grant his habeas petition (see "Death Watch: Deficient Counsel, but Not Prejudicial," April 17). Should Pruett be executed on the 28th, he'll be the seventh Texan executed in 2015, and the 525th since the state's reinstatement of the death penalty in 1976.

Pruett has remained upbeat in the face of execution, writing in late January that "there's lots of reason to remain hopeful and optimistic" on a website he updates monthly. That same website details that he helped start a game called "Death Row Idol," a singing and talent competition designed much like American Idol, only with death row inmates. "We all casted our votes to see who'd be voted off of the gurney," he wrote. "We laughed and cried together, sharing intimate memories, regrets, hopes and dreams. I grew to love those guys like brothers."

Recently, Pruett has started a relationship with a British woman named Kate Hughes, with whom he has corresponded regularly since March 2014. Hughes firmly believes in his innocence, and considers him a "really positive person" who's "quite happy in himself." She's taken to Photo­shop­ping Pruett into photos of various locations around the world – the Vatican, Sydney Opera House, her hometown of Liver­pool – plus one print that finds Pruett hanging out with Radiohead. "We talked about the places he would like to visit and I just wanted to take him out of his reality," she wrote. "He knows where he is and he knows what's happening in his life, so I wanted to take him away from that."