James Stewart of Historians Against Slavery

"Modern-day slavery": The phrase is emblazoned across advocacy campaign ads and haunting video clips, often accompanied by compelling images of women in bonds, or harrowed children making silent pleas from behind barbed wire. Calculated to bring weight to the formidable issue of human trafficking, the phrase carries an emotional punch. Many well-meaning advocates who use it do so without acknowledging the deeply rooted history of the word "slavery," and its complex connections to issues of race, economic disparity, and cultural norms. Even for those with good intentions, neglecting that historical context can detract from a subject as sensitive as human trafficking.

This weekend's "Slave-Free City Sum­mit" will attempt to provide that context, in understanding and in action. Allies Against Slav­ery, an Austin-based advocacy group, is hosting the April 17-18 gathering of nonprofits, service providers, and advocates. The conference will explore the theme of "Intersection & Opportunities" – addressing key areas where human trafficking issues "intersect" in the United States and Central Texas. Race, history, childhood sexual abuse, faith, and immigration are a few of the topics to be considered.

AAS CEO John Nehme says the summit's primary focus is to create meaningful, collaborative solutions that go beyond crisis services and immediate response teams, while reminding the frequently isolated people engaged in anti-trafficking efforts that they comprise a community. "I think the first piece," Nehme said, "is that we have to start thinking differently about how to solve this problem ... to really push people to think outside the box – and that can really happen when you bring people together."

Nehme also hopes to emphasize collaboration with local networking partners, in business, education, rehabilitation services, law enforcement, as well as the nonprofit community. Almost 250 stakeholders in anti-trafficking efforts will gather at the For the City Center (500 E. St. Johns), to hear the presentations, including four main conference sessions:

• Rachel Lloyd is the founder of New York-based Girls Edu­cational & Mentoring Ser­vices, the largest service provider for trafficked girls and women. Lloyd's work has helped shift the public perception of trafficked girls and women from criminals to victims, and then from victims to survivors and leaders. A breakout panel on survivor leadership, led by AAS Survivor Support Team coordinator Brooke Axtell, will complement Lloyd's keynote, emphasizing the importance of survivors becoming mentors for the next generation.

• James Stewart of Historians Against Slavery will provide a historical context for U.S. slavery, based on the work of escaped slave and abolitionist author Frederick Douglass. Stewart said he will try to show how knowledge of our nation's history of slavery, abolition, white supremacy, and racial inequality is indispensable to understanding contemporary slavery and anti-slavery.

• Rev. Alexia Salva­tierra's perspective comes from her work in the new sanctuary movement, addressing a broken immigration system, helping low-wage workers struggling for economic justice, and building relationships between faith communities and broader movements. She said she thinks the summit may become a national model for integrating groups "to deal with the suffering of our brothers and sisters who are experiencing the anguish of slavery."

• Charles Lee, CEO of the brand innovation company Ideation, will speak about innovative approaches that could produce more effective results for the participants' endeavors against slavery and human trafficking.

Nehme summarized the summit's overall goals: "Are people connecting this abstract issue – connecting slavery – to their daily lives, their daily activities, to the other root-cause issues? Are they recognizing the intersectionality of this? If people don't come together to work together on this, we're never actually going to end slavery. For us, it's really going to build community. We're really committed to getting other people involved in it." 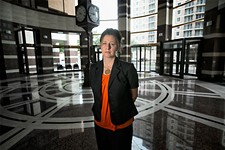 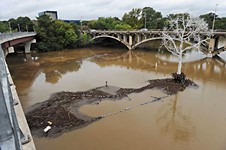