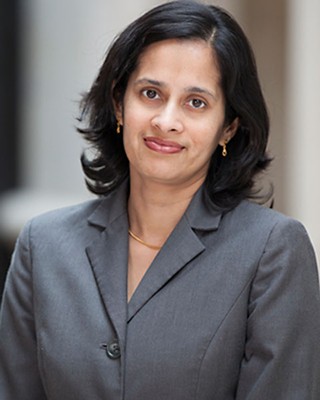 Ranjana Natarajan, director of the Civil Rights Clinic at UT-Law

A recent hunger strike at a Karnes County detention facility has reaffirmed opposition to the practice of profit-driven prisons housing refugees, galvanizing Austin immigrant advocates to take action on several fronts, calling for the closure of such facilities.

During Holy Week, some 80 women housed at the Karnes County Residential Center launched a hunger strike to call attention to their plight. Primarily from Central America, the women and their children were part of a refugee influx last summer. In launching their strike, the women emphasized their children's deteriorating health while under detention.

Members of a campaign dubbed "We Belong Together" – an initiative of the National Domestic Workers Alliance and the National Pacific American Women's Forum – organized a conference call on Tuesday, April 14. Participating was Kenia Galeano, a 26-year-old Honduran woman who was held at Karnes with her 2-year-old child for five months before being allowed to post bond following the hunger strike. "We saw how much the children were suffering, that's why we started the hunger strike," Galeano said. "The children didn't have a sense of when they would get out."

While happy to have been released, she thinks of those she left behind – particularly former cellmate Delly Pieda Cruz and Cruz's 11-year-old son – unable to post bond because Cruz has a former order of deportation. Meanwhile, Cruz's son's mental state continues to deteriorate. "He would hide under the covers," Galeano said. "He wasn't sleeping and didn't want to go to school anymore." Plans now call for a second, weeklong hunger strike to begin shortly.

Advocates have trained their sights on a similar, newly opened facility in Dilley – 150 miles south, a two-and-a-half-hour drive from Austin. By next month, U.S. Immigration and Customs Enforce­ment will have capacity to hold up to 2,400 at what will be the nation's largest immigrant detention center. Opened in late December, Dilley is operated by Corrections Corporation of America, while the Karnes site is run by the Geo Group Inc., both for-profit companies contracted by government agencies. Some opponents question the logic of spending money to incarcerate immigrants rather than helping them integrate into the community; according to Reuters, the cost to run the Dilley site is $296 per person per day.

"It's incredibly profitable for these corporations," said Bob Libal, executive director of Grassroots Leadership. "I'd argue these are the only people these facilities are good for. It's very detrimental to the well-being and health of the kids and moms detained and enormously expensive for taxpayers to be footing the bill of about $300 a day to detain those individuals." Locally, Grass­roots Leadership and St. Andrew's Pres­by­terian Church will each charter two buses to take protesters to Dilley on May 2, calling for closure of such facilities. They'll be met by other buses from San Antonio, the Valley, Houston, and elsewhere.

On the legal front, Ranjana Natarajan, director of the Civil Rights Clinic at UT-Law, and her students last week filed a habeas corpus petition on behalf of Maria Estela Marquez Marquez and her three minor daughters, who have been held at the Karnes City facility since last August. It asks the court to either release "her from detention immediately, or in the alternative ... provide her with a bond hearing before an immigration judge."

Even while issuing recent executive actions amplifying protections from deportation for millions of immigrants, the Obama administration has endorsed the use of detention as a deterrent to would-be immigrants and refugees. In the past, refugees who wished to apply for asylum were allowed to stay with family or friends while awaiting the outcome of their applications, but since last summer, "officials place virtually all women with children into the new detention facilities," according to an April 10 story in the New York Times. The article goes on to detail growing opposition to the current policy, specifically a preliminary injunction by Judge James E. Boasberg of the U.S. District Court for the District of Columbia halting the practice. "The government maintains that one particular individual may be civilly detained for the sake of sending a message of deterrence to other Central American individuals who may be considering immigration," Boasberg wrote. "This appears out of line with analogous Supreme Court decisions."

St. Andrew's Minister Jim Rigby doesn't mince words in describing the deterrence policy, labeling it as analogous to terrorism. "When you imprison people or do violence to send a message to another group of people, it's the definition of terrorism," he said. "When you let nationalism override humanism, this, to me, is an abomination; to me, it's renouncing Christianity." In contrast, he said, his parishioners are "looking for something that's loving and something that calls them to care for their brothers and sisters around the world." 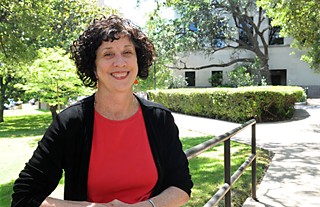 Barbara Hines, former director of the Immigration Clinic at UT-Law

Barbara Hines, former director of the Immigration Clinic at UT-Law, has long decried such detention facilities; Boasberg quoted an affidavit she submitted in his order. "I do feel we have momentum at this point," she said in an April 11 telephone interview. "What the federal judge found is that deterrence is an important factor in making individual decisions that deprive people liberty. The federal judge said that the use of a deterrent as a factor in setting bond is illegal."

But even with that victory, making bond remains a formidable roadblock to freedom. "Since the decision by the federal court, ICE has been setting bonds, but not in an individualized way as the judge required," Hines recently told Democracy Now! "ICE will set bonds between $7,500 and $10,000, which is far higher than what the judges are setting, forcing us once again to go into court to seek the reduction of bonds. Many women cannot pay the bonds. They are high, and they certainly are high for this population of asylum seekers."

Given this reality, Hines has spearheaded efforts to recruit attorneys willing to provide pro bono work on behalf of detained immigrants. "There are not enough pro bono lawyers, in the first place, to represent this population," she told Democracy Now! 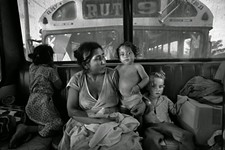 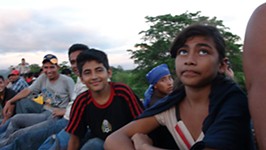 Border Violations
Thousands of children fled violence to make it to the U.S., but we weren't so welcoming