Public Notice: Where Does Money Come From? 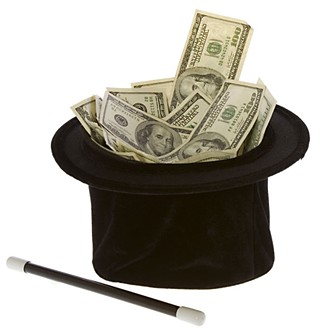 So, I have to start this with an apology to our two westernmost Council members, Don Zimmerman and Ellen Troxclair – the left wing on the map, presumably the right wing on the dais, and I admit, I was expecting the worst: a bully and an airhead, Karl Rove and Sarah Palin, good copy but bad governance.

Admittedly, the bar was set very low for CM Zimmerman: the fact that he hasn't leapt across the dais and disemboweled anyone with his bare hands is considered a positive. But CM Troxclair has thus far proven thoughtful, open to differences of opinion, and in general, more interested in learning the ropes, than in showing off how much she knows. Ironic, then, that I'm going to pick on her for being, of all things, not conservative enough. The issue is simple: What does it mean to spend money?

In two of the higher-profile issues perching on this week's Council agenda, the Council (not only Troxclair, but she stands out because she so dearly wants to believe she's not actually doing this) will consider committing significant amounts of public funds – money straight out of the public coffers – while trying to convince one another that they're not really spending money, just, well, using these funds that appear out of thin air, and might go away if they don't get allocated.

That sounds crazy, right? But consider:

• Mayor Steve Adler's proposal for additional mayoral and Council staff that went away to the Audit & Finance Committee, is coming back as a recommendation for 12 staffers instead of a suggested five: one for each CM (lucky them). But it also comes with the stern statement – Committee member Troxclair was very adamant about this – that "The intent of the Committee is to add these positions in a budget-neutral manner." The point is, there are other positions in the city budget that aren't filled, or needed. If we just pretend those jobs are these jobs, we can hire 12 people, at a cost of over $1 million for the next six months, and it's "budget-neutral." Committee Chair Kathie Tovo actually had to explain to the committee that that money would not just disappear at the end of the fiscal year, but would actually be there, as a $1 million extra in the starting balance for next year's budget, but never mind, the "budget-neutral" spending passed 4-0.

• Meanwhile, sitting on the consent agenda, of all places, is an item to let the Circuit Events Local Organ­izing Committee represent the city in asking the state for money from the Major Events Trust Fund, in addition to the funding they already get from the Events Trust Fund, in order to support the Circuit of the Amer­i­cas hosting of the X Games. In work session this week, Mayor Adler and others characterized this as free money, more or less: If COTA can get money from some outside source, to help put on an event here in Austin, that's good for our local economy, then, more power to them. Well, okay, that sounds good, too – if you believe in the Free Money Theory of Economics. Unfortunately, of course, that money also has to come from somewhere: In this case, that's directly out of tax revenues – $29 million, or $34 million, or $45 million a year, depending on who's doing the counting – locally collected sales, hotel, and use taxes that would otherwise go to the state, county, city, and school district, instead comes off the top, and goes to Bernie Ecclestone and ESPN. Now, the economic impact benefits are real. Formula One and X Games bring a lot of money into the city. But did we have to guarantee them a quarter-billion dollars in tax money to get them here? Should we continue to extend that business model into the future, without any cost/benefit accounting? Unfortunately the Austin City Council, the only ones who are ever going to be in a position to ask those questions, never will, because they still believe in the Free Money fairy.

Further down today's agenda is "a resolution directing the City Manager to outline plans addressing reform of the City's development review, inspections and permitting processes, including but not limited to, recommendations from the Zucker Systems Analysis Report." It's sponsored by the Mayor, is loaded with as many co-sponsors as is legally possible, and will likely require each CM to weigh in on just how serious they are about this. In that context, it can't have escaped anyone's attention that one of City Manager Marc Ott's solutions to the troubled department, new Development Review chief Rodney Gonzales, is still in his old role in Economic Development this week, acting as developers' attorney Richard Suttle's mouthpiece on the CELOC proposal.

As for the Zucker Report itself: There will be two public stakeholder meetings to present the Draft Final Report findings and recommendations – on Wednesday, April 8 at Palmer Events Center, Rooms 1-5, 900 Barton Springs Rd. The meetings are 3-5pm and 7-9pm; format and content for both will be the same, and there's free parking at the Palmer garage during the event. In the meantime, the Zucker Systems consultant team is still accepting comments and feedback on the report through Monday, April 13: paul@zuckersystems.com or Zucker Systems, 3038 Udall Street, San Diego, CA 92106. See the report at www.austintexas.gov/department/zucker-draft-final-report.

Homer the Goose died on March 15, two weeks short of his 27th birthday. The folks at House the Homeless recall him as "Austin's homeless mascot ... this strong-willed goose that survived a dog attack and beat cancer. He laid the golden egg for homeless services throughout the years." Please join them to celebrate Homer's life, Sat., April 4 at 3-5pm at the House the Homeless Memorial Tree & Plaque on the south shore of Lady Bird Lake (Auditorium Shores near South First) near the gazebo. www.housethehomeless.org.

Save Texas Schools will be in the civic spotlight twice this week, with twin proclamations on the agenda at both the city (April 2) and the county (April 7). The goal is to spread the word about the group's upcoming rally, slated for Sat., April 18, 10am-noon, at the Texas Capitol, where thousands are expected to raise their voices against under-funding and over-testing; see www.savetxschools.org. 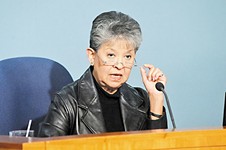