As work crews were hustling around the Austin Convention Center earlier this week, setting up stages, booths, and screens for SXSW, SXSWedu attendees were already talking about the impact of technology on the classroom.

As the education conference enters its fifth year, its roots as an offshoot of SXSW Interactive remain clear. "There's power in crowdsourcing," explained SXSWedu Executive Producer Ron Reed, noting that 30% of the events during the four days came from the community via the online PanelPicker. Stressing the event as a community in its own right, he announced that EdTechWomen will be spotlighted by the conference as one of its change-makers. Launched at SXWedu 2013 as a simple meetup, the organization now has 2,000 members in 11 chapters across the country and, Reed said, "stands as an example of the transforming power of community."

Someone who knows something about the intersection of education, community, and technology was opening keynote speaker Charles Best, founder of crowdfunding site DonorsChoose.org. A former teacher in the Bronx, he launched the philanthropy site in 2000 – nine years before Kickstarter accepted its first donations. The site takes requests from teachers for specific resources or programs that their budgets will not cover: Private donors can select the project or projects they like, and DonorsChoose takes their donations, then buys and delivers the resources on their behalf. After a decade and a half, 1.5 million donors have given over $300 million to projects that have benefited 14 million kids, with DonorsChoose-backed projects in 63% of all public schools. Currently, the site hosts requests for 1,800 projects in Austin alone, such as the elementary teacher who asked for library books for the large number of Viet­nam­ese-speaking kids in her classes. Best said, "There's nothing standing between them and a potential supporter."

Best described crowdfunding as "a new kind of marketplace where gatekeepers do not stand in your way," and compared his philanthropic system to how other crowdfunding sites have changed business. For example, he said, "Etsy came along, and now office workers can sell their crafts as their day job." He admitted that there are plenty of critics who see such philanthropy as "a Band-Aid solution, because we're treating only the symptoms, not the causes." But he countered that the new ability of teachers to express what they really need, rather than going through central purchasing offices, is a positive for education policy.

However, there will undoubtedly be conversations over the next few days about whether this trend is supplementing or supplanting state and local school funding, and just as corrosive as big donors like the Gates Foun­dation. If it's the latter, then there's the disturbing possibility of all those private donors disappearing, and leaving schools in a worse position than ever. 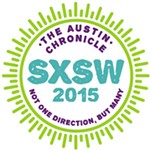 SXSWedu Tackles High-Stakes Testing
How can student assessment be weaned away from an antiquated system?