Business lobby doubts tax cuts, and more from the Capitol 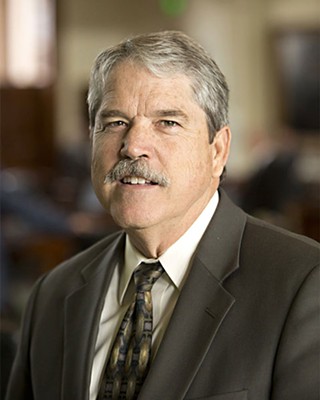 The Tax and Spend Business Lobby

When Gov. Greg Abbott and Lt. Gov. Dan Patrick started touting their plan for more than $4 billion in property and business margins franchise tax cuts, they no doubt believed they would have the approval of big business. Not so fast: Last week, Patrick and the Senate received a letter from six major business interests accusing their current plan of being all style and no substance, and asking instead that the proposed tax cuts be dumped in favor of actual investment in the state's future.

The criticism came in three parts. First, that the plan for a homestead property tax exemption will only benefit homeowners, not employers. Second, that the average $6,000 cut in franchise taxes for small business is "not enough to hire even a minimum-wage employee on a half-time basis." Third, that raising the small business exemption to $4 million will only decrease the state's tax base, and make Texas ever more dependent on a smaller number of companies. So, rather than engage in this fiscal stunt, the group calls instead for the Legislature to take the "healthy surplus" in the current budget and "ensure that Texans have the infrastructure and skills for our economy to continue to thrive."

Consternation among the press corps, concern from civil rights groups, and red faces from Senate leadership all flowered after a committee meeting became an inadvertently private affair. On March 5, the Senate Edu­ca­tion Committee met at the desk of Chair­man Larry Taylor, R-Friendswood, to discuss a measure about college graduation tracks. Impromptu committee meetings on the chamber floor are uncommon but not that unusual, and since these are public meetings, the med­ia has always been allowed access. However, on this occasion, they were kept away, with Senate staff citing a new rule about access beyond the brass rail to the floor. Senate Administration Committee Chair Kelly Han­cock, R-North Richland Hills, quickly apologized, and said that future meetings will be held within earshot of the Fourth Estate. This is the second time this session where there's been tension between media and the Senate administration. On opening day, there was an unprecedented cap set of 12 media members on the Senate floor, to allow more space for family members of senators.

More from the schadenfreude files: Longtime lobbyist Michael Quinn Sullivan may be headed back to court for failing to register as a lobbyist, all because the judge was following him on Twitter. Sullivan (spokesman for right-wing noise machine Empower Tex­ans, and commonly known under the Dome as "Mucus" – i.e., MQS) was originally fined $10,000 by the Texas Ethics Commission for failing to keep his registration up to date (see "Ethics Commission: 'Mucus' Quacks Like a Lobbyist," July 25, 2014). But he successfully challenged that ruling in a court in Denton before Judge Steven Burgess. Then Bud Kennedy of the Fort Worth Star-Telegram reported that Burgess had a Twitter account, but was following only 34 people – including U.S. Senators John Cornyn, Ted Cruz, and Rand Paul, and none other than Michael Q. Sullivan. Almost immediately after Kennedy reported this, Burgess deleted his account, but the shadow of impropriety was such that, on March 5, Tarrant County Judge Jeff Walk­er ordered Burgess removed from the case. Since Burgess has not issued a final order, online Capitol powerhouse Quorum Report has reported that there could be a new hearing. The TEC may also push yet again to have the case moved back to Austin, where they argue that Sullivan actually still lives.

New regents for UT, with the Senate Nom­in­ations Committee unanimously appointing former U.S. Education Under­sec­re­tary Sara Martinez Tucker, and voting 6-1 to approve UT Law Foundation president David Beck... Returning regent Steve Hicks also got the 6-1 split, with Tea Partier Sen. Konni Burton, R-Colleyville, as the sole nay. The full Senate quickly confirmed ... Sanctuary City shenanigans on Friday, March 6 as the Senate Subcommittee on Border Activities scheduled a hearing for SB 185 – the latest "papers, please" bill – for 9am the following Monday, effectively ensuring no one from the border could get to Austin to testify. Fortunately, Sens. José Rodríguez, D-El Paso, and Sylvia Garcia, D-Houston, were able to use Senate rules to get the hearing postponed. Garcia warned the bill "would build walls between law enforcement and Latino communities"... Rep. Ron Simmons, R-Carrollton, was the official starter at last weekend's Pirelli World Challenge races at the Circuit of the Amer­icas, to raise awareness for the Autism Society of America... Congratu­la­tions to Rep. Donna Howard, D-Austin, who became a grandmother earlier this month... And sincere condolences to Rep. Charles "Doc" Anderson, R-Waco, whose wife, Sandra, passed away March 7.

Lege Lines
Stickland vs. Pickett ... and the World