Teachers rally at Capitol in support of schools

"Should I use my teacher voice?" In a packed Capitol rotunda on Monday, American Federation of Teachers President Randi Weingarten led a rally for public education, telling the assembled crowd, "We are here to talk to Democrats and Republicans, and tell them to fund our schools."

Weingarten's March 9 visit to Austin was part of Texas AFT's legislative lobby day, and the agenda went beyond just budgets. Before the Downtown gathering, Weingarten toured Reagan Early College High School to draw attention to community school initiatives that are being presented as a true public education option to charters. The teachers' union is highly supportive of House Bill 1891 by Rep. Eddie Rodriguez, D-Austin, and Rep. Marsha Farney, R-Georgetown, which would give added legal heft to such initiatives (see "Bill of the Week," March 6).

While Weingarten simply yelled to the assembled audience, Texas AFT President Louis Malfaro, who introduced Weingarten as "a national treasure," raised a bullhorn to be heard in the cavernous space – at least until Capitol security asked him politely to dispense with the amplification. "They may have taken my bullhorn," he said, "but they can never take our voices." Leading a rousing, revised version of "The Eyes of Texas" ("The eyes of Texas are upon you/ Fund our schools today"), Malfaro implored his members to visit legislators with a list of things they know work in the classroom, such as universal pre-K – "and I want you to say: Fund it." 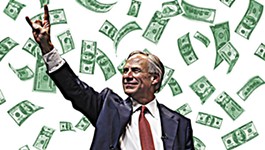 Behold the Texas Miracle!
Texas and Austin are prosperous, yes ... but it's been an unequal bounty 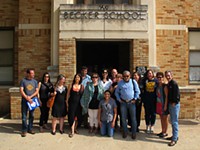 Each One, Teach One: AFT's Online Mentoring
The AFT joins the wave of online teaching communities