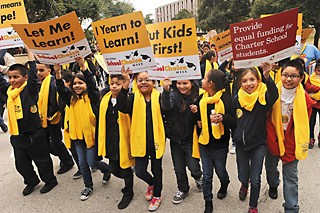 A Special-Called meeting for City Council today (Feb. 5) will review land planning and housing policy, and wrestle with its first contentious issue: whether to re-enter negotiations with the Austin Firefighters Association over cadet hiring one last time, while moving forward with the Department of Justice consent decree.

Defeated D4 Council candidate Laura Pressley filed an election contest last week, seeking to overturn the Dec. 16 run-off with Council Member Greg Casar, to whom she lost by 30%. Despite a dismissal by the secretary of state, Pressley is claiming sufficient "discrepancies" to void the results, reconfirmed in a January recount.

The grace period for Austin drivers is over. The city ordinance prohibiting the use of handheld electronics while driving a car or riding a bike, which took effect Jan. 1, will now be enforced. Violators face a fine of as much as $500.

Lance Armstrong's back in the news for all the wrong reasons again. The discredited cyclist was found to have left the scene of a crash (with two parked cars) in December while on vacation in Aspen with his girlfriend, Anna Hansen, but told authorities that it was Hansen who was driving. The two later confessed; Hansen said they were trying to keep Armstrong's name out of the news. He's due in court on March 17.

Gov. Greg Abbott continues his campaign to be the most business-friendly/anti-tax governor ever by announcing he will veto any budget that does not include cuts or an end to the business franchise tax. No word yet on how he proposes to fill the financial hole that will be left behind.

A recession is heading to Texas, analysts warn. With oil prices cratering, and the rig count dropping from 900 last year to 700, financial house Moody predicts declines in oil, banking, and construction jobs, especially in Dallas and Houston.

Imminent drought relief, courtesy of the State Water Implementation Fund for Texas, may not be so imminent. With $2 billion in its coffers, the new state fund has received $5.5 billion in loan requests for local water infrastructure projects.

A group of drivers have filed lawsuits in San Francisco federal court against Uber and Lyft that argue they are misclassified as independent drivers and should instead be considered employees of the companies. According to reports, the drivers seek reimbursement for vehicle maintenance, insurance, and other operating costs.

U.S. Senate Democrats blocked a GOP attempt to reverse President Obama's executive order limiting deportations of undocumented immigrants, which was attached to a bill funding the Department of Homeland Security. Meanwhile, the Republican-controlled House voted to repeal Obamacare for the 56th time.