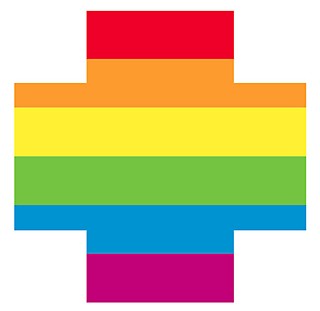 The closing deadline (Feb. 15) to enroll in a health insurance plan using the HealthCare.gov Marketplace once again looms over uninsured Americans. For many, navigating the online marketplace is no easy feat, and for some, such as members of nontraditional families and the LGBTQ community, it can be especially complex.

While Texas is still stubbornly defending its same-sex marriage ban, under the 2013 Supreme Court ruling that overturned Section 3 of the federal Defense of Marriage Act, legally married same-sex couples are guaranteed the same federal benefits as other married couples. Because health insurance under the Affordable Care Act is a federal benefit, all legally married couples – queer or not – are eligible to be on the same insurance plan.

According to Elizabeth Colvin, director of Foundation Communities' Insure Cen­tral Texas, being able to have both partners on the same plan is an option that can help bridge the "Medicaid gap." In Texas – one of the states that declined to expand Medicaid coverage after the ACA was passed – the "gap" refers to those who would qualify for Medicaid based on income, should Texas choose to follow the federal guidelines, but who don't meet the state's current, extremely narrow requirements for eligibility. By filing jointly for a plan, both counterparts have greater (and more affordable) access to health care.

However, under the ACA, individuals are advanced a tax credit to help reduce the cost of their premiums, which means marketplace prices are based on the income a person expects to report on their tax return for the current year, and people can only purchase marketplace plans for themselves, their spouses, and their dependents. "If you're not married, it's asking, 'Are you claiming your partner as a dependent?' If so, that person cannot make more than $3,900, approximately," in order to be considered a dependent, explains Colvin. "If you have children together – who's claiming your children?" Each scenario affects a person – or a couple's – tax credit eligibility.

At the end of the day, it seems as though married couples are more likely to save on health care than their unmarried counterparts. "Go get married in a state where you're recognized!" ICT navigator Arianna Anaya jokes. "Getting on the same health plan can really save you money."Anaya, who wears several hats at ICT, has been working to help disenfranchised populations get insured since the HealthCare.gov Marketplace opened its virtual doors. Today, Anaya is one of ICT's experts for transgender health care consumers and those living with HIV.

The silver lining for members of both of those categories is that insurance companies are no longer allowed to deny coverage for pre-existing conditions. But Anaya admits it's still an "uphill battle" for transgender consumers to receive coverage for either hormonal or surgical procedures, because insurance companies can still define what's "medically necessary." While it is possible, each consumer in question must meet three core requirements: They must be at least 18 years of age, and have a physician-documented diagnosis of gender dysmorphia and declaration of "sound mind."

"Fundamentally, I think it's a bit of a catch-22," she says. "It's only recently that the medical field has acknowledged this as an existing and real thing. Even when I talk to medical professionals about this issue – I'm not going to say they scoff – but there is this sort of response that is not without judgment."

Still, Anaya is cautiously optimistic. "For the most part, we know what's required to get insurance companies to assist with these kinds of procedures," she says, but it's not going to happen overnight. In her experience as a navigator, Anaya notes that most of the young adults she's worked with haven't had regular physicians who can document their progress – hence requiring a longer wait time even after getting insured. "It's complicated, but I believe that if you're willing to put in the time, and not grow impatient, change is a-comin'." Bigger companies, such as Blue Cross Blue Shield, Humana, and United, have all made public statements of support for transgender health coverage. As for help in getting access, Anaya will gladly walk ICT clients through the process.

Another thread of ACA silver lining: Not even HIV status can alter the price of one's insurance premium. "A lot of people I've worked with have had to pay unbelievable amounts of money just to stay alive," says Anaya, who's been working with HIV positive individuals for several years. At the time of her interview with the Chronicle, she was pricing antiviral medications at local pharmacies. One month of medication at full price ranged from $2,876 (Walgreens) to $3,723 (Wal-Mart). The typical Marketplace insurance plan has newer HIV drugs tiered so that patients pay 20% of the cost – about $700 to $950 per month.

"What we're able to do is manage the cost of care and essentially assist these clients with – as quickly as possible – hitting the 'out-of-pocket max.' Once that number is reached, the rest of their care [for the year] is free."

For one particular patient, Anaya found a plan that has him reaching his out-of-pocket max – $4,000 – within three months. Though that sounds like a hefty bill, it will actually ensure that he'll have more financial assistance. "He'll be done. Everything else will be covered, which, for this gentleman, is unbelievable. He's been paying upwards of $30,000 a year to survive. It's not just picking the cheapest monthly plan, it's actually kind of sneaking around the system – it's amazing."

Anaya is just one of many navigators onsite to assist with number-crunching. According to Colvin, each of ICT's volunteers has been studying HIV meds to better assist those clients. "There's so much misinformation out there," says Colvin. "People need to get the facts for themselves about their particular situation."

ICT urges residents of Central Texas to stop by – no appointment needed – as soon as possible. Because, while the last day to enroll is Feb. 15, the longer you wait to go in, the longer you'll wait to be seen.

Insure Central Texas has over 100 trained volunteers, a bilingual staff that provides services in Spanish, Vietnamese, Cantonese, Korean, Thai, and Farsi, and five drop-in locations throughout the city. Get more info at www.insurecentraltexas.org or 512/610-7963.

Under the Affordable Care Act, anyone who did not have health insurance coverage for nine months out of the year of 2014 may be subject to a tax penalty, unless they qualify for an exemption. Those who are uninsured in 2015 will also face possible penalties when they file their taxes next year. Below are some of the more common health insurance options.

Employees who work for an employer that offers health insurance benefits often find this is their best option. Coverage may extend to the children and spouse of the employee.

U.S. citizens and other documented residents can choose from a variety of private health insurance plans using the HealthCare.gov Marketplace during the open enrollment period (which closes Feb. 15). Tax credits to defray the cost of monthly premiums are available based on income.

In Texas, low-income, uninsured, documented state residents who are pregnant, the caretaker of a dependent under 19, blind, disabled or live with a disabled family member, or 65 or older are eligible.

People 65 or older, and younger people with certain disabilities or permanent kidney failure are eligible.

Children 18 or younger who are Texas residents, U.S. citizens or legal permanent residents, and who belong to low-income families are eligible.

Parents may keep a child on their health insurance plan, if their coverage extends to their children, until that child turns 26.

People who can't afford to pay for coverage, but who don't qualify for premium tax credits or Medicaid and Medicare, can file for an exemption to the coverage requirement. Other possible exemptions can be found at www.healthcare.gov/fees-exemptions.