Although Garcia Glen White had a clean criminal record throughout much of his 20s, between 1989 and 1995 the Houston native killed a total of five people during three separate incidents.

It's the second of those three that sent the now-51-year-old to death row. In 1989, White was at the home of Bonita Edwards smoking crack cocaine when the two got into an argument. White pulled a knife on Edwards and stabbed her repeatedly in the neck and chest. When Annette and Ber­nette, Edwards' twin 16-year-old daughters, hearing her cries, came out of their room to investigate, White stabbed them both to death. Found days later, Ber­nette had a towel wrapped around her neck and shoved into her mouth. Annette's body was lying facedown, semi-nude, with her head on a pillow and a blanket partially covering her.

It took six years for Houston police to tie the murders back to White. In 1995, during questioning for a convenience store robbery that resulted in the death of shop owner Hai Pham, White's friend and accomplice Tecumseh Manuel told authorities that White was responsible for the Edwards' deaths (and had killed another woman, Greta Williams, in the weeks before that). White was brought in, and eventually confessed to all five killings. He was charged with and convicted of capital murder. During his punishment phase, the state used the Williams and Pham murders as evidence of White's continuing danger to society. He was sentenced to death in September 1996. 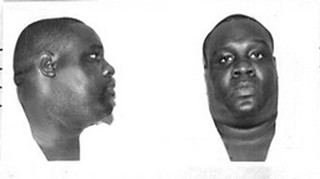 Appeals of White's sentence have painted him as a "kind, gentle soul" and "caring parent, devoted son and sibling" who fell into drug addiction after a knee injury derailed his college football prospects (and led to his departure from Lubbock Christian University). They note the brain damage White suffered after being hit by a baseball bat, and his below-average IQ, as well as the ways in which a detective used White's intellectual deficiency to circumvent his requests for legal representation during the interrogation in which he confessed to the killings. White's attorney Patrick McCann said during a 2002 application for writ of habeas corpus, that the confession should never have been entered into evidence. He added that six years of good behavior (and a clean record before his introduction to crack) suggested that White was no longer a threat to society. McCann has accused the Court of Criminal Appeals of being apathetic and suggested that the trial jury's conclusion that White might be a future threat could not be considered as factual, because the jury cannot foresee the future – although consideration of future dangerousness is one of the state's legal standards for capital punishment.

Successive appeals on many of the same grounds – and McCann's claim that new DNA testing could suggest the presence of another person at the murder scene – have all been denied.

In April 2013, White filed a petition for a rehearing with the 5th Circuit on the grounds that he wasn't given the opportunity to properly exercise his right to counsel, and that, as someone with an IQ "of approximately 87," he has the mental capacity of a 12- or 13-year-old and is thus, "in essence, a juvenile." A circuit judge denied that appeal in June. Six months later, the Supreme Court refused to hear his case.

White's fight to overturn his pending execution continues. Earlier this month, McCann and co-counsel Mandy Miller filed with the CCA in hopes that judges will reconsider White's "borderline intelligence" and thus view his case "under a more lenient, deferential standard." Additionally, McCann said he's filed a motion suggesting that White's 1995 confession should be inadmissible because his invocation of counsel deserved due deference. And in a separate appeal, McCann and Miller are calling on judges within the CCA to appoint a special administrator to ensure that the drugs used to kill White won't cause any constitutionally barred suffering. "If we lose that, we will probably file with the Supreme Court," said McCann. The attorney also stressed that he's called on Manuel to step forward and admit to falsely implicating White during his questioning in 1995, but concedes that "it's not looking particularly bright at this moment."

Time's running out on their efforts, as White's Jan. 28 execution date draws closer. Should McCann and Miller prove unsuccessful, White will become the second person to be executed under Governor Greg Abbott, the second Texas inmate put to death in 2015, and the 522nd since the reinstatement of the state's death penalty in 1976.

"At this point I don't think that they'll give us a stay," McCann admitted. "There are some interesting issues if they wanted to bite, and some procedural due process, but I don't think there's going to be anything they'll bite on. I just wish the CCA could have considered having someone come in and look at this with a fresh set of eyes."