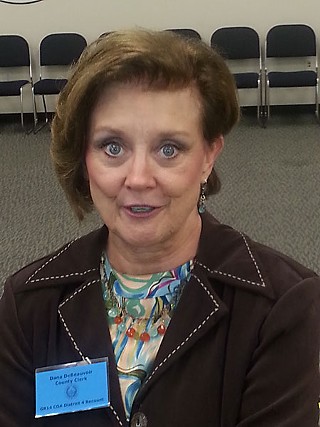 There were no surprises at Tuesday's Travis County Elections Division recount of the District 4 City Council results. The results were confirmed, precisely – Greg Casar defeated Laura Pressley by the previously canvassed 2,854 to 1,563. And Pressley was still not satisfied.

Pressley had filed a petition for a recount on Friday, Jan. 2, and then updated it on Monday when she learned that her initial deposit of $1,900 in potential costs needed to be increased (per the Secretary of State) to $13,600 ($100 for each of 135 polling places, plus early voting). That meant the recount proceeded on the same day as the scheduled inauguration of new council members, and whether the recount at County Clerk headquarters would end before the City Hall swearing-in began was touch-and-go much of the day.

In the end, the five counting teams and the campaign election monitors found precisely no discrepancies in the official count of the mail-in ballots, the early votes, the election day votes, or the (minimal) provisional ballots. Nevertheless, after the entirely manual recount concluded, Pressley continued to insist that none of her concerns had been resolved. She continues to insist that some mail ballots were counted more than once, that the total number of votes did not match the total number of voters, and moreover, that her campaign had been required to deposit more than necessary against the cost of the recount. "We're not the mayor," she told reporters after the count. "We don't need to be looking at 135 voting locations." (Under Travis County procedures, district voters could vote at any local polling place, and many did indeed vote outside their designated district boundaries.) Pressley said she is "considering her options" of how to proceed – in theory, she can legally contest the election, which she officially (and now repeatedly) lost by approximately 30 percentage points.

Travis County Clerk Dana DeBeauvoir told reporters that she had tried to be as helpful as she could in managing the recount, although she noted that she is required to abide by the petitioner's request and that Pressley declined to provide any documentation of alleged "discrepancies," and that Pressley's petition language "was difficult to understand." For example, Pressley asked for "ballot images" when the database provides only "cast vote records" (i.e., line summaries of particular district votes), and the petition literally asked that votes be matched to voters' signatures (impossible, and violating ballot secrecy). Pressley insisted Tuesday that she intended only that the number of signatures be matched to the number of votes. DeBeauvoir cited the actual petition language – but also noted that the "reconciliation" of vote numbers and signature numbers is actually accomplished on election night, and could have been provided to Pressley, had she requested it.

Early in the day, the clerk commented, "Candidates, when they lose, they tend to throw out these heavy-metal words – that there's 'discrepancies' or 'irregularities.' And then we never hear another word about it. They just leave the allegation hanging out there, even though it gets disproved. ... If you're going to throw that language around, when it gets proved that there were no discrepancies, there were no irregularities – there was nothing but the fact that you lost ... you should have the integrity to come back and say, 'I'm good, there were no irregularities, and my best to the 2,500 people [election workers] who made this election free and fair.' 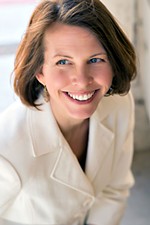