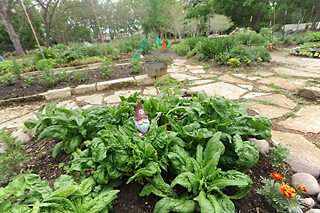 "We are really happy that the community voted to elect the candidate that vowed to bring everyone in the district together," wrote Springdale Farm's Paula Foore in an email to the Chronicle late Tuesday night. Springdale Farm is celebrating the victory of District 3's Sabino "Pio" Renteria after a series of contentious run-ins with his opponent (and sister) Susana Almanza. The particularly volatile debate swirled around the modification of a conditional overlay prohibiting outdoor entertainment on the farm as well as the termination of a restrictive covenant that would revert the commercially zoned property to Light Industrial and Single Family should the farm cease to operate its landscaping business. The owners contend the events (including both large-scale day tours and special events like weddings) are necessary to keep the farm viable; opponents, vocally led by Almanza and PODER, say they support the farm but object to an "event center" in the otherwise residential neighborhood.

At the Dec. 11 City Council meeting, following a fruitless attempt at mediation, Council Member Laura Morrison presented Springdale and the Govalle/Johnston Ter­race Neighborhood Contact Team with a compromise of 25 events per year. After some discussion, the number was settled at 22 events between 51 and 150 people. Council voted 7-0 on second and third reading to allow outdoor entertainment within that parameter and other restrictions, including a cap of five events with more than 150 people that must end by 5pm, no sound over 75 decibels, no events within 80 feet of single-family zoning, and no amplified sound for events larger than 150 people or at all Wednesday through Saturday during the city's "spring festival season" (aka South by Southwest week). In order to hold these events, the farm will still have to return to the Planning Com­mission to secure a Conditional Use Permit.

As the conditional overlay was on a second and third reading, the item was not open to public comment. This was not, however, the case for the termination of the restrictive covenant: Daniel Llanes, chair of the Govalle/Johnston Terrace Neigh­bor­hood Contact Team, expressed extreme disappointment that the items were not heard in the reverse order, calling the previous vote "shameful" and a result of the Council's "good ol' boys system at-large." Angelica Noyola, president of the Mon­to­polis-Ponca Neighborhood Assoc­ia­tion (and education coordinator for Alman­za's PODER) read a letter written by UT lecturer Tane Ward entitled "Springdale Farms, Susana Almanza, Gentrification and Austin Chronicle's Racism," and referenced an open TABC investigation into the farm and the farm's resident mobile food trailer, Eden East – a claim that has since been refuted by TABC. For her part, Almanza maintained that an "event center" would not be allowed in West Austin. "You have been convinced, you have been convinced that people of color are harming the urban farmers and that we do not have a right, the same right that other people in West Austin have of having peace and tranquility in our neighborhood," she said.

Following another Council vote of 7-0 to remove the restrictive covenant, Mayor Lee Leffingwell asked Llanes to leave after Llanes caused a disturbance, yelling, "Y'all are fucking racist, got that?" Council Member Morrison said that display was disappointing. "Part of the rage had to do with the assumption that Council would not have treated a case like that in West Austin the same way, that we wouldn't have approved outdoor entertainment in a white neighborhood, and that is simply not true," she said. "The fact of the matter is we have done a similar case in West Austin," she added, referencing the Perry Estate.

Springdale Farm isn't alone in celebrating Renteria's win, with Dorsey Barger and Susan Hausmann of HausBar Farms chiming in after weathering their own battles with Almanza: "When a group called People Organized in Defense of Earth and her Resources tries to shut down the urban farms that are trying to defend the earth and her resources, the world just doesn't make much sense. ... We are thrilled as urban farmers and District 3 residents that Pio has won this election." 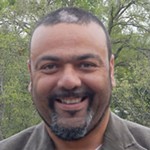 The People’s Plan to Curb Displacement
"This is coming from the Eastside, not coming from above, but below"