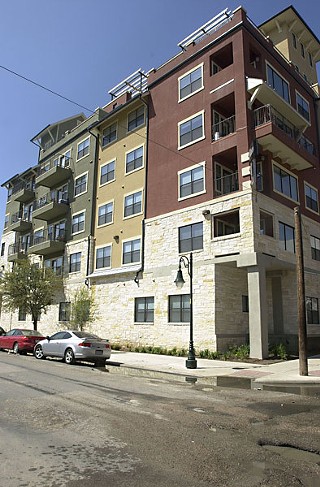 Most Section 8 holders are denied a lease by landlords. Council's newly passed ordinance would help change that. (photo by John Anderson)

As a parting gift to fair-housing advocates and low-income citizens, last Thursday City Council unanimously passed (on third and final reading) an ordinance that would ban discrimination based on a renter's source of income. Sponsored initially as a resolution in April by Council Members Bill Spelman, Sheryl Cole, and Laura Morrison, the rule amends city code to include "source of income" as a protected class alongside race, age, sexual orientation, and religion. The proposal is meant to broaden housing opportunities for the working poor, the disabled, veterans, and the elderly by granting a hand up to recipients of child support or government subsidy – such as those in the U.S. Housing and Urban Development's Housing Choice Voucher program (commonly referred to as Section 8). It does not apply to those who own no more than three single-family homes at any one time and do not use a Realtor or broker, or those who own a dwelling that contains no more than four units and maintain and occupy one of the units.

However, potential tenants barely had 24 hours to celebrate – the following day, the Austin Apartment Association filed suit in Travis County District Court seeking an injunction to block the ordinance, set to go into effect on Jan. 12. The lawsuit claims that the new ordinance would force property owners to contract involuntarily with the federal government's "historically troubled" HUD program, and impose complex bureaucratic requirements.

Landlords will be tied to a "one-sided contract" and "bear the burden of mandatory participation" in Section 8, said AAA President Robbie Robinson during a press conference last Friday morning at the association's headquarters. Slamming onto the podium a rulebook of regulations, former Texas Supreme Court Judge Craig Enoch, now representing AAA in the suit, alleged the government would control rents and lease terms. "A small vocal group has clouded any thoughtful approach to Austin's housing issues," said Enoch. "This is another example of government overreach that contributes to [a higher cost of living]."

The city legal department disagrees, and in a statement said the rule has the effect only of prohibiting discrimination, and that the city is "prepared to defend this ordinance against any legal challenges."

According to the Housing Authority of the City of Austin, some 5,800 households receive Section 8 vouchers, but the need is much greater. When HACA reopened the voucher program to new recipients in October (for the first time since 2006), the number of applicants surpassed expectations: HACA received 19,175 applications (including 2,600 homeless applicants) comprising 44,832 residents to fill just 2,500 spots. And the few who do gain entrance into the program could easily be denied a lease.

A 2012 Austin Tenants' Council survey found that 91% of private landlords (544 of 600 across five counties) refused to house Section 8 voucher recipients – often rejecting voucher holders even when the voucher payment is high enough to cover market rents. The survey concluded that landlords' refusal to accept Section 8 "drastically reduces the effectiveness of the program."

"It's a really important step, because our experience has shown the ordinance is necessary to achieve the goal of the housing voucher program," said McGiverin. "There has been a stark level of discrimination in high opportunity areas of the city – there are virtually no voucher users west of MoPac. I think this ordinance is a really smart and straightforward way to begin to fix that." McGiverin also dismissed the claim that HUD compliance requirements are too onerous: "Once this goes into effect, I believe those who opposed it so vehemently will frankly be embarrassed they took that position."

To date, 12 states, plus Washington, D.C., and more than 30 local jurisdictions – including San Francisco, Seattle, Chicago, and New York City – have banned source-of-income discrimination, according to the Poverty & Race Research Action Council. While Dallas is moving in that direction under the terms of a HUD investigation settlement, Austin would be the first city in Texas to enact such an ordinance.

The dispute apparently won't end with the AAA lawsuit. David Mintz, of the Texas Apartment Association, said that state legislators plan to file a bill this session seeking to preempt source-of-income discrimination protections. "I can't name the authors, but we do have commitments from them to file in the next couple of weeks," he told the Chronicle. 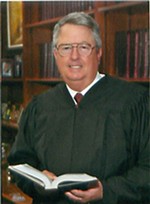