Union President Wyatt says it's a vindication of workers' rights 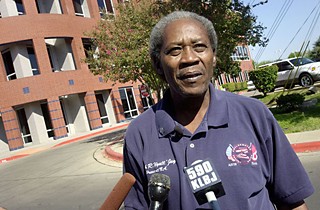 Last week Amalgamated Transit Union Local 1091, which represents Capital Metro drivers and mechanics, announced a settlement of the National Labor Relations Board action against Travis Transit Man­age­ment Inc., subcontractor of McDonald Transit Associates, CapMetro's fixed-route management contractor. The union had filed an unfair labor practices complaint against TTMI, which assumed management in 2012, charging that TTMI unilaterally increased employee health care costs, cut retirement benefits, imposed a no-strike rule, and refused to hire Local 1091 President Jay Wyatt because of his union activities. The NLRB's action initially sought $1.3 million in damages; under the settlement, TTMI will pay designated workers $665,000 in damages, and will publicly post notices at the workplace guaranteeing no further illegal actions and informing workers of their rights to organize. In a press release, Wyatt thanked the NLRB and called the settlement a vindication of workers' rights and "a major victory for TTMI employees."

In an email to the Chronicle, Wyatt also took the opportunity to take a shot at Cap Metro board chair Mike Martinez: "This contractor was hired by our good friend Mike Martinez, who is saying [in his mayoral campaign] that he's looking out for the middle class." When asked if it isn't Cap Metro management, not the board, that hires contractors, Wyatt responded, "Not directly but behind the scenes, yes." The ongoing argument between Wyatt and Martinez is as much a "quasi-state agency" institutional one as it is personal. Under state law, Cap Metro employees do not have full union rights (e.g., no right to strike), but since the agency receives federal funding, federal law guarantees full union rights – requiring the hybrid arrangement through which unionized employees are technically employed by subcontractors and thereby retain the right to strike. Wyatt blames Martinez and the board for indirectly imposing substandard employee contracts.

Asked about Wyatt's charge, Martinez said the board does not hire contractors, but has set contract standards requiring wage floors and benefit packages for the employees. "The door remains open," Martinez added, for ATU members to become direct employees of Cap Metro, but state law would require that they accept a "meet-and-confer" bargaining model like those that apply to city of Austin employees. They would have to surrender the right to strike, Martinez said, "and I understand that's a very important right, and that's their decision." Wyatt's union has repeatedly rejected that option.