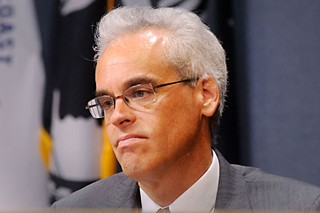 After five years in office, Chris Riley will no longer be a City Council member. He announced Friday that he was withdrawing from the District 9 run-off against his colleague Kathie Tovo.

Speaking Monday morning, Tovo told the Chronicle her victory showed that "District 9 does want to see good planning at City Council" and "decisions that are reflective of the different neighborhoods." "District 9 is a pretty diverse place," she said. "As we move forward with land development code rewrite changes and other big policy changes, I believe it's going to be very important for the Council to respect those differences."

Tovo plans to further contest the newly approved Austin Water usage rates via the Austin Water Utility Financial Plan as well as take up the issue of lower property taxes and other incentives for new companies moving into the city. "We had a resolution that was posted on the agenda, but the resolution really needed some more work," she said. "I'm hopeful to get that on for the 16th, but it needed a little more of my time." Longer term, Tovo said she hopes to focus a keener eye on renewing talks about a potential park in the Crestview neighborhood where Austin Energy used to hold property, and mentioned an increased interest in examining affordable housing and property taxes. Riley's departure means one less progressive voice at Council. Via telephone Monday, Riley recounted his proudest accomplishments, laying out four achievements that center around drastic changes to city infrastructure – transportation, housing, sustainability, and urban planning and design – and furthering the city's standing as a progressive model (he pointed to his push for gender-neutral bathrooms and improved health benefits for same-sex couples).

"When I grew up in Austin, it was always very easy to drive anywhere you needed to go," he said, alluding to his recent work to make transportation network companies such as Uber and Lyft legal throughout the city. "As we've grown so quickly in recent years, we've come to realize that, at a certain point, that doesn't work so well ... What I've been trying to do is help rethink the way we treat our streets, moving from a city that's oriented towards cars to a city oriented towards people."

In that respect, Riley championed a wildly new vision of the city where he grew up, one he believes will continue to take form as millennials develop an interest in voting. "That's something that's been commented on nationally," he said of his struggles to get young voters out to the ballot box. With a run-off set to coincide with the beginning of UT's winter break, it would have been difficult for him to have amassed the turnout needed from his younger supporters.

With the decision now behind him, Riley says immediate future plans involve a good amount of travel and reading before eventually settling into a position that will allow him to "create great places in Austin.

"I'm not sure what kind of form that will take, but I like the idea of creating nice places for Austinites to live and hang out – whether that's residential, mixed-use, or parks and plazas," he said. 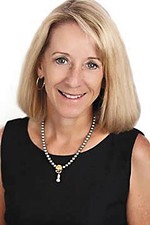