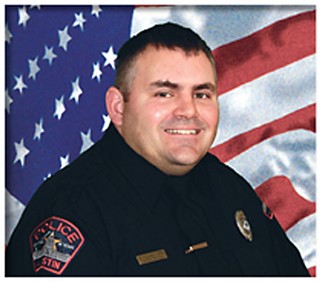 Chalk up last week as one the Austin Police Department would like back for a mulligan. It opened with a high-profile loss in court to Antonio Buehler – acquitted last Wednesday of disobeying a lawful order – and ended Friday afternoon with folks throughout the country learning that one of APD's officers might like to tell rape jokes.

That assessment stems from a video released Thursday evening through local attorney Drew Gibbs. Through an open records request made as part of an investigation for a client's motor vehicle collision, Gibbs came upon a dashboard camera video sequence from May that finds two APD officers, Mark Lytle and Michael Castillo, cracking a joke about police officers' collective inability to "unrape" a woman walking past. (Note to cops: Rape jokes are never funny.) The APD verified the video's authenticity Friday and announced the immediate launch of an internal investigation, set to include "a comprehensive audit of the involved officers' contacts with victims of sexual assault" and, eventually, "appropriate corrective action." (Both officers remain on active duty for now.)

Austin Police Association President Wayne Vincent told outlets Friday that he didn't think the two officers should be fired for the jokes and insisted sensitivity training would be appropriate instead. He admitted that the whole situation is embarrassing, but considered the comment the product of an officer's "unguarded moment." He added that he didn't think the comments reflected either officer's work ethic whatsoever.

The PR nightmare continued when his successor, current APA secretary Kenneth Casa­day, suggested the two officers were just "clowning around" during a "high-pressure job." Such was enough to solicit official responses from City Council Members Chris Riley, Mike Martinez, and Sheryl Cole, all of whom slammed the incoming prez for failing to see the severity of such an off-color remark. "Rape will continue to go underreported if victims of sexual violence do not feel that their cases will be taken seriously by law enforcement," offered Martinez, who called for a public apology from Casaday. Riley followed by urging the APD to conduct sensitivity training akin to past sessions focused on LGBT issues. "Everyone in Austin should be able to feel that the police will take threats to their safety seriously," he said.

Memories quickly returned of Police Chief Art Acevedo rationalizing the somewhat aggressive arrest of a UT-area jaywalker by saying, "In other cities there's cops who are actually committing sexual assaults on duty – I thank God that this is what passes for a controversy in Austin, Texas." We're sure Acevedo didn't need the reminder.

Worse, perhaps, than the quip made in the squad car is the response from the second officer (it's still unclear who said what) after the rape joke had been made: "You didn't turn your camera off, did you?" a reference to the dashboard camera's recording of their entire conversation. In fact, Gibbs offered in his statement Thursday that the question concerning the dash-cam being on was what forced his hand to release the video altogether. "I would hope that when a police officer observes another police officer acting inappropriately, or worse, illegally, that their initial reaction would be to correct that behavior and prevent its reoccurrence," he noted. "Instead, it seems that all too often the reaction of many otherwise good police officers is to hide any evidence of misconduct."

He also made reference to the details surrounding Buehler's misdemeanor case – the same case that settled on Wednesday in which footage from dashboard cameras eventually helped the cop-watching activist get off scot-free – thus closing the circle on a rough week for APD.