Prop. 1: The CART Before the Train 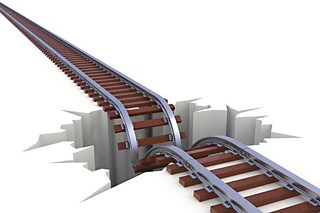 Former Chronicle City Editor Mike Clark-Madison attributed Tuesday's stinging loss of the transportation bond (aka "Local Proposition 1") to urban Peter Pan syndrome: Austin "will fight with all its strength to keep from growing up." Considering the reactionary nature of Texas politics, the nostalgia of most Austin voters for a simpler time is not unusual; moreover, the draft map of the votes on the rail-and-road bond reflect – once again – that central-city support rapidly declined further away from the core. Despite all the social media talk about "route" and "process," this appears to have been largely an "anti-tax" vote, and leading the charge were the traditional, deep-pocketed anti-tax and anti-mass-transit folks at Citizens Against Rail Taxes.

"Of course I'm disappointed," said Mayor Lee Leffingwell Wednesday; he had presided over the rail planning "Project Connect" and kicked off the campaign with the slogan, "Rail or Fail." It failed, 57% to 43%. "We knew it was going to be a tough row," he said. "The CART people – Jim Skaggs and those guys – they raised a lot of money, I think a half-million dollars, and ran some good ads on TV. It was hard to address the tax-increase matters, especially with all the bond proposals that have been before the voters in the last few years. I think that was the deciding factor." He acknowledged that the Let's Go Austin campaign had outraised and outspent the opposition, but could not overcome the anti-tax wave among the voters.

Leffingwell dismissed the arguments over the specific route as an "annoyance," but not determining the outcome. "Ironically," he continued, "the single most impactful thing we could do to address affordability, is to get mass transit."

Despite advocates insisting a "better plan" can be quickly successful, the mayor believes rail is dead "at least for the next decade or so." He noted that road improvements went down along with the rail, and that whatever the makeup of the next Council, it would be very difficult – "politically inadvisable" – to bring back proposals that have just been rejected by the voters.

Tuesday night, mayoral candidate and Cap Metro Board Chair Mike Martinez, considering the vote, said, "The voters have made a choice," and the agency is ready to go back to work, with more bus rapid transit, additional routes, whatever it takes for a more effective system. As for the future of rail – as MCM might say, that's a "big city" idea whose Austin time remains in Never-Never Land.