West Campus: No Right to Party?

Outcry over plan to restrict events leads to Council action 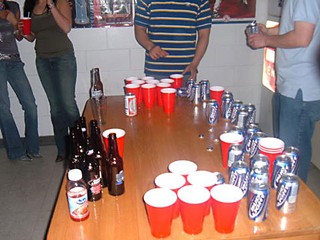 Beginning this week (Wednesday, Oct. 1), UT-Austin's West Campus streets were expected to get a lot quieter – uncharacteristically so. Responding to reported neighborhood complaints, Austin officials had announced a plan to limit West Campus events – by enforcing existing regulations covering "special events." But after an outcry from students, City Council Members Chris Riley and Kathie Tovo – both running for re-election in the new District 9, which includes West Campus – have said they are reviewing the new situation and looking for ways to mediate it. On today's Council agenda, Oct. 2, Riley has sponsored a resolution (co-sponsored by Mayor Lee Leffingwell) to develop an ordinance governing "private parties" – not currently defined in city code – and in the meantime to "allow some flexibility" in current permit regs to enable planned West Campus events to proceed.

Should the city's current special event regulations be fully enforced, event registration would require submitting a permit application at least 21 days in advance, rather than the previously required seven days, and the application would include a site plan describing the property and all the party structures. It would also mean increased enforcement and less leniency on violations – citations could mean bans on additional events for six months or more.

According to the Odyssey's Nicole Bueno, who broke the story, Austin Police Department Officer Ray Lopez made it clear that under strictly enforced regulations, most events simply wouldn't happen: "What's been allowed previously is going to come to an end. Ninety-nine percent of you will not be able to get the permit you need."

Many West Campus residents – including plenty of college students, especially fraternity members – reacted strongly against the pending enforcement, specifically of the regulations limiting the use of outdoor music; though city officials have said they would just be enforcing long-existing rules. According to an online petition, "Keep Live Music in West Campus," which had more than 2,800 signatures earlier this week, "Students were fine with many of the new rules and compliant with the official's new plans. That is, until one Austin Police Department officer [Lopez] informed students that outdoor music would no longer be allowed without a proper permit."

If Riley's resolution is successful, the city would create a dialogue of "stakeholders" – neighbors, fraternities, city commissioners, and city staff – and meanwhile, the draft resolution states, "staff may work with students to allow some flexibility in the permit requirements while ensuring safety and quality of life are maintained."