Ongoing investigations into the Sept. 8 death of Tyler Caraway have kept much information "under investigation," and therefore under wraps. The 24-­year­-old was shot and killed by a Central Texas Violent Crimes Task Force in the driveway of his North Austin home, after his suspected connection with a nearby bank robbery. An undercover car pulled up behind Caraway's shortly before dusk that evening; a few moments later, Caraway was dead. Afterward, Austin Police Chief Art Acevedo said that Caraway had jumped out of his SUV and opened fire on the undercover officers. Caraway's roommate, Jessica Shoonover, who was in the SUV, admits that she quickly ducked her head to avoid danger but maintains that she never saw Caraway with a gun. Wednesday afternoon, the Travis County Sheriff's Office announced that detectives did in fact find in the SUV a gun, which records indicate Caraway purchased in April.

So far, the information revealed beyond that certainty and the information provided pertaining to person and place is the identity of the three officers in the shooting: Round Rock Police Detective Shawn Scott, and APD detectives Scott Glasgow and Phillip Hogue.

Glasgow's involvement recalls an APD backstory. The 14-­year veteran now boasts the dubious claim of being connected to the officer­-involved shootings of two people: Caraway's and, in 2003, that of Jessie Lee Owens. Glasgow was suspended 90 days without pay for his involvement in that shooting, a punishment that then-Police Chief Stan Knee considered not for the shooting itself, but for a failure to follow policy for "high­-risk traffic stops" and failure to use "good judgment" as outlined in standard operating procedures (see "Glasgow's Punishment: A 90-­Day Sus­pension," Feb. 13, 2004). Glasgow made a number of procedural mistakes throughout that incident; he pulled his vehicle next to the reportedly stolen vehicle Owens was driving, failed to wait for backup, and attempted to handcuff Owens over the car window. When Glasgow's arm was caught in the car and Owens accelerated, Glasgow opened fire.

Knee maintained that Glasgow's use of deadly force was justified, but many considered the punishment too lenient. In fact, on Feb. 9, 2004, the same day Knee issued the suspension, the Office of the Police Moni­tor issued a press release saying the 90­-day suspension was "inconsistent with the Citizen Review Panel's recommendation that Officer Glasgow be terminated." That panel, which met one week prior to the suspension, believed a termination was justified, as "regardless of Mr. Owens' actions, this tragedy would not have occurred had [Glasgow] followed APD's policies, practices, and the training he received." 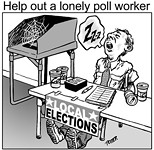