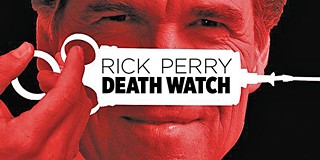 On Friday, Sept. 5, the Office of Capital Writs (the state agency charged with representing inmates appealing a death sentence) filed an application for retrial with the Texas Court of Criminal Appeals on behalf of Lisa Ann Coleman, a 38-year-old Arlington woman found guilty in the July 2004 kidnapping and subsequent starvation death of 9-year-old Davontae Williams. Williams, the son of Coleman's partner Marcella Wil­liams (who pled guilty to the crime in 2006, and is now serving life in prison), was found in Marcella's apartment dead and weighing 35 pounds, with evidence of beatings throughout his body.

The post-conviction investigation – filed 12 days before Coleman's Sept. 17 execution date – cites four affidavits from witnesses who spent time around the Arbors of Arling­ton apartment complex, where Davontae suffered and eventually died. One is by a longtime resident, Sheila London-Hall, who functioned as an unofficial apartment complex neighborhood watch. Several kids around the Arbors regularly referred to London-Hall as "Grandma," and she earned a reputation for calling Child Protective Services on any of her suspicions. The witnesses had varying degrees of familiarity with the Williams household, though they all claim to have seen the 9-year-old unrestrained and in good spirits at shops and around various residential functions in the months, weeks, and days immediately leading up to his death.

Such affidavits are important, OCW contends, because of questions surrounding the legitimacy of the kidnapping charges that helped raise Coleman's charges to capital murder. Lead attorney Brad Levenson writes that the trial attorneys "failed to investigate and present readily available evidence to disprove the kidnapping aggravator that made Cole­man's crime death eligible." Indeed, the Court of Appeals referred to the allegation that Williams had been kidnapped in his own home as "counterintuitive" during Coleman's direct appeal; even the 5th Cir­cuit considered the kidnapping aggravator "the weakest component of the capital charge" in 2010.

Levenson believes the four new affidavits prove that Coleman was not denying others access to Davontae in the time leading up to his death, and should be enough to warrant a retrial. "Had this reasonably available evidence been presented at trial," he writes, "there is reasonable probability that ... at least one juror would have harbored reasonable doubt as to whether Coleman committed a kidnapping."

Should Coleman's execution take place, she will become the ninth woman put to death in Texas since the mid-1800s, the ninth inmate executed this year, and the 517th since the 1976 reinstatement of the death penalty in Texas.

On Tuesday, Sept. 9, lawyers for Willie Trottie (see "Death Watch," Sept. 5), filed a last-minute appeal with the 5th Circuit, claiming that the drugs the state plans to use to execute Trottie are expired, and that "there is a substantial risk that the use of expired drugs will subject Mr. Trottie to tortuous pain." A spokesman for the Texas Department of Criminal Justice claims that the drugs are not expired. The appeal was denied, and Trottie is scheduled to be executed Wednesday, Sept. 10, after press time.