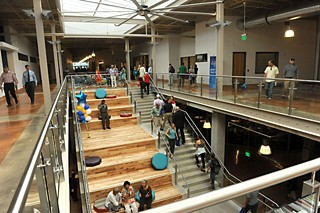 • The first Pretrial hearing for former APD Det. Charles Kleinert has been pushed back for the third time – it's now scheduled for Oct. 1. Kleinert is charged with manslaughter for the July 2013 shooting of Larry Jackson Jr.

• Charter school American YouthWorks, which serves high school students at risk, was finally ordered to close this week, when a judge found no cause to reverse a Texas Education Agency "three strikes and out" order based on finan­cial and academic failings at the school. Administrators said they would seek other placements for their students and will consider an appeal to district court.

• There was unified local pushback against the state's current school finance system, with both Democratic and Republican lawmakers, and representatives of teachers union Education Austin and the Greater Austin Chamber of Com­merce attending an Aug. 26 press conference highlighting how AISD, despite having many high-needs students, sends millions every year into state coffers.

• Rep. Elliott Naishtat is recovering with friends after a minor bike accident turned life-threatening. The dean of the Travis Co. delegation hit a railing, and blood thinners he takes for an earlier heart valve surgery led to serious internal bleeding.

• Lawyers for the National Conference of State Legislatures stated this weekend that Texas, along with North Carolina and Georgia, is likely to return to needing federal preclearance for all electoral redistricting and election law reforms.

• A grand jury declined to indict Williamson County teenager Jacob Lavoro for first degree possession of a controlled substance after police arrested him for baking pot brownies – meaning he'll escape a potential life sentence in prison. The 19-year-old couldn't beat the second-degree possession allegations, however; if found guilty, the hash oil found at his home could carry a penalty of two to 20 years.

• Austin-Bergstrom International Airport served just over a million passengers for the month, for the first time. That's up 9% over last year, and four years of steady growth in traffic.