By comparison to much of Austin ISD, District 6 in South-Central Austin is not struggling badly. Its graduation rates are improving, its campuses are full but rarely overcrowded. Yet the three-way fight for this district's next trustee could be the bitterest race of the field.

Paul Saldaña was the first public potential candidate; he voiced interest even before incumbent Lori Moya announced her retirement. The political protégé and onetime aide of former Austin mayor Gus Garcia, and the former board chairman of the Greater Austin Hispanic Chamber of Com­merce, he describes himself as "an ambassador and a worker for the school district," both personally and professionally. Saldaña's PR business has repeatedly done consultation work for AISD, but he has also been a regular at Monday night board meetings, advocating on issues like bilingual education and extra investment in struggling schools. In many ways, he has become the education policy face of the Hispanic business community, most recently calling on the board to hire a Hispanic superintendent, in part to reflect the majority-Hispanic student population.

Yet Saldaña was not the first candidate to file. Former Austin Council of PTAs president Monica Sanchez describes herself as a "positive person" and has been a regular face at board meetings and on district committees for the last five years. A lifelong resident of District 6, she has kids in Casey Elementary, including one son in a dual language program. During her ACPTA tenure, she concentrated her efforts on English language learners and their families "because I found there were a lot of Spanish-speaking parents who did not understand how the district worked."

She contends that she has already had an impact on the district, working on simple fixes like standardizing signage across campuses, so students and families will always know how to navigate around the buildings. She also regenerated the defunct Envi­ron­mental Stewardship Advisory Committee. She said, "In my very first meeting with [former Superintendent Meria Carstar­phen], I asked her to bring that committee back." Now the district is hiring an environmental coordinator, so "if a campus wants to establish a garden, there will be one person to call."

Both candidates carry political baggage. San­chez has a contentious relationship with the district's prime labor organization, Edu­ca­tion Austin, over her public opposition to three-year teacher contracts (a position she says she has now reversed), while Saldaña's long track record of paid and volunteer advocacy has sometimes put him at odds with other advocates. That could leave an opening for the third candidate, and there's little doubt that Kate Mason-Murphy is prepared to challenge AISD's status quo. A former teacher at the Ann Richards School for Young Women Lead­ers, she became a whistleblower, accusing the administration of bullying tactics against both staff and students (see "In the Name of Ann Richards," Aug. 30, 2013.) However, her candidacy is "not about Ann Richards," she said. "I want to serve the whole community." 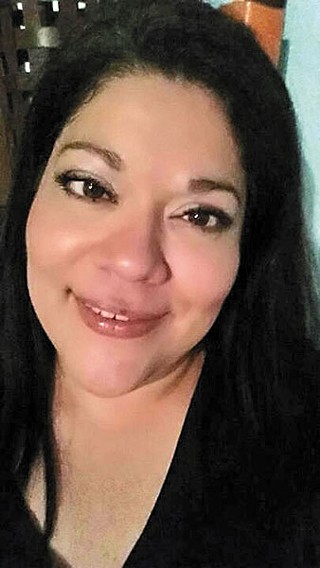 While District 6 schools do not suffer the same level of overcrowding as many areas, Mason-Murphy argues that since the closure of Porter Middle School in 2006, "South-Central is struggling with a big gaping hole for middle schools" that cannot simply be solved by redrawing attendance zones. Since leaving the district, she has been working in social advocacy, and believes attendance zones should reflect neighborhoods, including issues such as walkability: "It's really about building communities, and I honestly believe that elementary schools are the heart of the community." She argues that the district has to break out of its operational bubble, and work better with other entities at the local and state levels, to help rebuild and reinforce local communities. She said, "There are some big things going on, and if the stars align, and the players are in the right places, then the city can be saved."

A three-horse race complicates the endorsement picture. Pro-reform group Austin Kids First is sitting on a major war chest, and while Education Austin President Ken Zarifis attended Saldaña's campaign launch, the union holds its endorsement meeting this Friday, Aug. 29. If that needle had been swinging toward Saldaña, adding an educator like Mason-Murphy to the mix could alter its course.

Moreover, Saldaña has critics in groups like PRIDE of the Eastside, offering complaints that he was not sufficiently assertive in his criticism of the district's failed hand­over of Allan Elementary to IDEA Public Schools. Moreover, in 2011, he arranged a rally to support charter group Southwest Key's bid to take over Eastside Memorial High School (see "Which (East) Side Are You on?," June 24, 2011). He admits that incident has already started bubbling back into the race, but said, "It's important to clarify what I was actually advocating for." Rather than supporting Southwest Key directly, he said, he was reminding the district of its responsibilities, and informing parents of their options. He said, "I have no problem being allies [with the district], but I always reserve the right to be a critical ally."