Point Austin: All Aboard for November

The players have arrived, now for the programs

We do indeed have City Council candidates – 78 of them in all, including a handful of folks who – after never mentioning the prospect before – turned up Friday and Monday with campaign treasurer designations and then ballot applications, to qualify just under the deadline. At deadline, 5pm Monday, there were 66 balloted candidates posted by the City Clerk; by 6pm the official list had swelled to 76; the dust finally settled at 78. In the mayoral race, that now means eight contestants – one late filer anticipated, Mayor Pro Tem Sheryl Cole, and two late surprises: retired tech writer David Orshalick and investor/activist/writer Mary Krenek. (Not sure what that might say about potential cures for writer's block.) Meanwhile, a handful of people who had previously declared they were running, and had filed CTDs as recently as Friday, didn't make it to the ballot.

This will certainly be an historic election, not only in the specific sense of the first held under single-member districts, but in the sense that this scale of city election simply won't happen again. Future Council terms will be staggered, so the voters won't be considering so many seats at once, and the presence of some incumbents going forward will likely reduce the fields.

In the meantime, the News staff will help readers sort out the wheat from the chaff – as soon as we can get our own arms around whoever each might be. And this November, municipal seats will be at the bottom of a long list of federal and state candidates – we'll also do our best to report the relevant distinctions.

At the city level, candidate forums are beginning to kick off, and the first big mayoral forum occurred Monday at the Four Seasons, sponsored by the Greater Austin Chamber of Commerce* and the Real Estate Coun­cil of Austin. Five candidates took part – Steve Adler, Cole, Council Member Mike Martinez, Todd Phelps, and Randall Stephens – and though it was mostly a congenial affair, there were a few sharp exchanges. An early division has formed over the Adler-proposed 20% property tax "homestead exemption." Cole and Martinez were quick to demand how he intends to recoup the estimated annual $36 million it would cost.

Adler responded partly by suggesting that, phased in over four years, the exemption wouldn't bite as deeply; then he pointed to the 2013-14 budget "surplus" (about $14 million over anticipated expenses) as a potential source. Martinez promptly suggested that Council budgets in bad years as well as good; where would the money be in years of no "surplus"?

More broadly, Adler's opponents (as well as some district candidates on the early trail) have questioned whether, in a city that is majority renters, the city should grant a percentage exemption (as required by state law) that by definition means the greatest benefit will go to the wealthiest homeowners. The battle over "who owns property tax cuts" has been officially joined – featured on next week's draft Council agenda is a resolution (sponsored by Cole) that would explore a minimum exemption structured to not be quite so regressive in effect, and both she and Martinez defended their history of budgeting (and taxing) as fiscally responsible.

There were a few more sparks in these initial exchanges, and somewhat curiously, during a "call-out-your-opponent" sequence, both Cole and Martinez treated Adler as the de facto frontrunner, in that their questions were immediately directed at him. Martinez wondered how Adler anticipated paying a living wage scale (including to city employees) that started at his recently proposed $16.65/hour; Adler responded that the scale is not immediate but "aspirational." Cole wanted to know, without a strong mayor-form of government, how Adler anticipated improving on the city's current actions. Adler said that 10-1 offers a historic opportunity to "redraw the battle lines" and "build new coalitions" especially to improve the lives of minority children: "I just think we can do better."

The sharpest blow was struck by Stephens, who asked what Adler's enormous personal money advantage (including a $200,000 loan to his own campaign) does for the cause of campaign finance reform. Adler answered that having come into the race "as an outsider" he must be able to tell voters "they have a choice." "The only way to do that is to have money to support that effort," he argued, and pointed to his broad success at raising record amounts from the statutory $350-maximum contributions.

Adler got his own back, asking Martinez why he had "criticized my support from the people in this room and in the business community." Referring to his own work on higher wage and related standards for the city's economic incentive deals, Martinez responded sharply, "The people who oppose me in this room, are the people who opposed me specifically on opposing tax subsidies to interests that would not support Austin values."

On the overall question of economic development deals, all these candidates agreed that incentives should remain, as Adler puts it, "among the tools in the city's toolbox." And all but one agreed on the need for voters to approve the urban rail project; in a laugh line that got no laughs from the capacity crowd, Phelps called rail a "19th century choo-choo train."

Bearing 78 passengers (and their entourages), the campaign train has left the station.

Follow @PointAustin, and visit the Newsdesk and the Chronicle Election page.

*The forum co-sponsorship by the Chamber of Commerce was inadvertently omitted; corrected here. 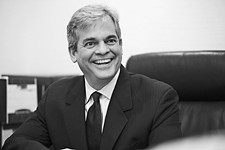 The Road to 10-1: 78 Candidates!
So many candidates, so little time