Will Austin issue its own official ID card? 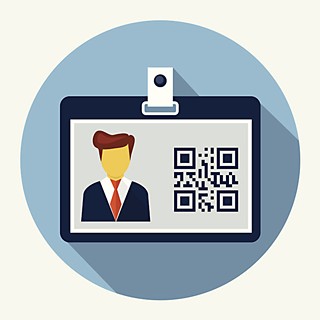 At its Aug. 7 meeting, City Council directed staff to explore the possibility of a city-issued municipal ID for otherwise undocumented residents (a motion sponsored by Mayor Pro Tem Sheryl Cole, with Council Members Laura Morrison and Bill Spel­man). That's part of a broader response to the growing numbers of immigrants living in Austin – an attempt to make their daily circumstances less difficult, and to better integrate them into the community. While acknowledging the shortcomings of a municipally issued identification card, city officials see it as addressing a quality-of-life issue for disenfranchised Austin residents – particularly the undocumented immigrant population – that would help engage them into various aspects of daily living: housing options; bank-style services; access to basic city functions; even calling law enforcement to report crimes in their communities.

"Several cities already have this," explained Cole. "We've looked a lot at the Oakland model. Austin is a city where 19 percent of citizens are foreign-born, and many are left out of banking, housing, or employment opportunities, without access to identification." Cole sees the idea of a municipal ID card – used for services like a bus pass or library card – as serving a basic role of government: "That is the fundamental purpose of government, to aid people in their quality of life."

The most urgent need for such a card, she says, involves the reporting of crimes. Undocumented immigrants are generally averse to calling police to alert them of criminal behavior – even when they themselves have been victimized – for fear of being identified as undocumented and being marked for deportation.

In Travis County, the fear is exacerbated by Sheriff Greg Hamilton's enthusiastic adherence to the federal Secure Com­mun­i­ties initiative, which aids federal Immi­gra­tion and Customs Enforcement officials in identifying undocumented immigrants for deportation. Some jurisdictions have ended the program for fear of constitutional or due process violations, but Travis County remains one of the nation's most aggressive S-Comm practitioners, deporting an average of 19 people a week – three-quarters of whom have been ensnared in the program for misdemeanors.

In essence, a municipal ID would act as something of a protective cover shielding against certain deportation, Cole explained, allowing for a person to report a crime without fear of further scrutiny that might lead to reprisal for merely reporting criminal activity. "There's a lack of public safety in these communities," Cole said. "It's almost anarchy. It can't be safe, and there are a lot of vulnerable people in those communities. That has been a principal motivator."

Cole's policy director Michael McGill said preliminary conversations with some 30 stakeholder groups have received enthusiastic endorsement of the ID program. The city manager will return to the Council with a proposal by Dec. 1; if the program is approved, Austin would join New Haven, Los Angeles, San Francisco, New York, and Oakland as cities offering municipal ID cards as a form of accepted documentation.

The step is no panacea, both Cole and McGill acknowledge, but has other benefits. A locally issued card might also include a preloaded, debit card component, establishing a measure of safety for undocumented workers who now must generally carry cash, often after cashing their paychecks (for a fee) at predatory lenders. The card would likely not come without some cost. In the Oakland model, cardholders are currently assessed $1 for each domestic ATM withdrawal (two free withdrawals per month are included), and $3.99 in monthly service fees (which are waived if users load a certain amount each month). But even fee-laden, the municipal ID card is a better alternative to predatory lenders to which many immigrants resort, because they lack the required paperwork to open traditional banking accounts. "For these folks, it still looks like a better deal," McGill said. There has been enthusiastic response to the Oakland version, with more than 1,800 people immediately signed up.

Nevertheless, Cole's exploratory idea has already generated controversy. The same day the notion was proposed at Council, the Texas Bankers Association issued a response: "The Texas Bankers Association located in Austin wants the Council to be aware that some people may have problems using the ID to open a bank account and other bank services," they said in a press release. "It should also be known that current federal law does not allow bankers to bank undocumented citizens."

McGill was audibly annoyed. "That did not escape our view," he said of the TBA's statement. "I think it has more to do with politics." John Heasley, TBA executive vice president, disagreed. "I promise you politics is not associated with our communication," he said. "As a rule, we don't get involved with local politics. We wanted to be informational." Heasley said the TBA had interpreted the municipal initiative as one that all but promised undocumented immigrants unfettered access to traditional banking services – in fact, he said, an impossibility given layers of state and federal safeguards, many implemented after 9/11, that prevent the opening of accounts without proof of citizenship.

If the idea is that a municipal ID card could be a prepaid, loadable card instead of being connected to traditional banking, "we didn't pick that up from the resolution," Heasley said. "We wouldn't want the impression to go out that you can take those funds and put them in a banking institution."

S-Comm Troubles: Not Just for Latinos!
Asian and African immigrants get caught in the sheriff's net, too