A last-minute deluge of candidates 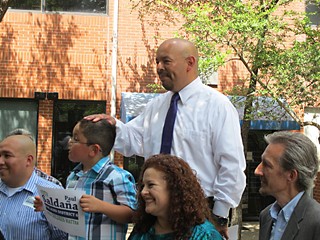 Paul Saldaña this week announced his candidacy for the District 4 seat on the AISD board. (Photo by Richard Whittaker)

If the 78 candidates for City Council aren't enough to make your head spin, the Aug. 18 filing deadline for Austin Independent School District trustees brought a deluge of candidates for the four board seats on the Nov. 4 ballot. Three of the nine Austin Community College trustee seats are also up for re-election. Normally, the college board is a lower-profile post than the school district. Yet with all ACC seats at-large, and a six-year trustee term, both the election and the actual tenure are as major a commitment as the shorter four-year terms in the smaller, mostly geographically based AISD seats.

District 4: With board president Vince Tor­res standing down after two terms, the slate stands as a straight one-on-one punch-up, with Julie Cowan (who ran for At-Large Place 9 in 2010) and anti-tax maven Karen Flana­gan, a dietitian and urban farmer. 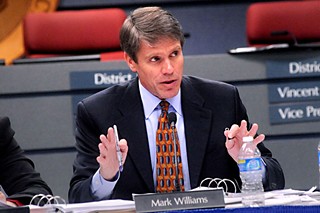 Former AISD board chair Mark Williams is an unexpected challenger in the ACC Place 1 race. (Photo by John Anderson)

District 6: On Aug. 18, PR consultant Paul Saldaña confirmed the long-circling rumor that he would run to replace retiring two-term trustee Lori Moya. At a press conference outside the AISD board room, flanked by Educa­tion Austin president Ken Zarifis and Trustee Jayme Mathias, he joked that, as of 10am that day, he could now accept campaign contributions. But the jokes may dry up fast, as he faces what could be the most bare-knuckle brawl in all the races. Former Austin Coun­cil of PTAs president Monica San­chez (often criticized as a staunch supporter of former Superintendent Meria Carstarphen) and former AISD teacher Kate Mason-Murphy – who became a standard bearer in the fight against single-sex schools – have both filed.

Place 1: Incumbent Tim Mahoney was coy earlier this year about whether he would run again, but finally filed. However, he faces an unexpected challenger: former AISD Board president Mark Williams, who said he had been considering a run since he left the district in 2012, and that he seeks to "deepen the relationship between ACC and the school district," and is particularly excited by the possibilities of the new Highland campus. Mahoney described Williams as "a good man," adding that they have worked together in the past on the Community Action Network Resource Council.

Place 2: With former board secretary John-Michael Cortez stepping down, there is a packed field with at least one familiar name:  Jade Chang-Sheppard, who made an unsuccessful run for House District 50. But name recognition may not be enough. Also filed: political and marketing consultant Bob Allen, ACC Foun­da­tion Board member Gigi Edwards Bryant, House staffer and ACC adjunct professor Jonathan Mathers, Austin Regional Manu­fac­turers Association founding board member Robb Misso, and Michael Lewis. 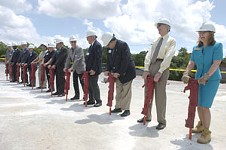 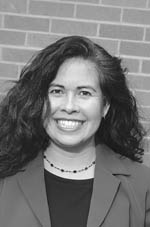