Lyft is one of three ride-for-hire services targeted in a Texas Civil Rights Project lawsuit. (Photo by John Anderson)

On July 24, the Texas Civil Rights Project filed what have become its annual Americans With Disability Act lawsuits, presenting 30 different allegations that companies within the state have violated federal disability laws. Among the 30, the TCRP named Austin taxi giant Yellow Cab and transportation network companies Uber and Lyft, the three companies most mentioned in the ongoing development of this city's eventual transportation network ecosystem. (The network companies' services are informally called "ridesharing," but essentially they facilitate vehicles-for-hire.)

All three lawsuits are similar; the ones filed against Uber and Lyft are virtually identical. In each case, the suits allege that the companies failed to serve wheelchair-bound customers. Uber and Lyft (the two San Francisco-based TNCs currently operating in Austin without authorization) each sent rides to requestors within 15 minutes, but neither dispatched any automobiles configured for wheelchair access, and thus couldn't provide services. (The drivers recommended the rejected customers try a taxicab.) Yellow Cab Austin, the largest taxi company in the city by nearly 300 vehicles, couldn't send one of its 28 licensed wheelchair accessible vehicles to two different customers – allegedly not an usual occurrence – and thus never bothered to show up.

"Yellow Cab does have accessible cabs, but they're not deployed in a way that provides the maximum accessibility or equivalent accessibility as compared with able-bodied people," explains TCRP attorney Joseph Berra. "They've just dropped the ball, basically. They haven't done enough, and need to be doing more. That's in contrast to Uber and Lyft, who haven't done anything to provide accessible cab service for my clients."

Each plaintiff seeks damages in excess of $300, though their claims function largely as representational. The filings also coincide with ongoing talks amongst a stakeholder group charged with recommending to City Council just how much it should consider such specific issues when it finalizes a ride-for-hire pilot program this winter.

Uber and Lyft – each adamant about its presence as a "technology platform" rather than a vehicle fleet – haven't made efforts to accessorize their vehicle-sharing base to meet civil rights standards – or at least won't publicly address it. When questioned, both companies mentioned that their services have helped the disabled community, but neither would specify whether they were talking about blind riders (who are classified as disabled but are generally able to ride in standard vehicles) or ones confined to wheelchairs. Instead, they only offered that their apps are built, as Uber spokeswoman Lauren Altmin noted, to "expand access to transportation options for all."

Yellow Cab President Ed Kargbo was significantly more forthcoming, and acknowledged his company's inability to sufficiently incentivize drivers to incur the increased expenses that come with operating a wheelchair-accessible car. Currently, Yellow Cab maintains 28 such cabs – 6.5% of its fleet of 433 licensed taxis, in accordance with city ordinances. (Each Austin company is required by law to operate a specified amount of specially permitted, wheelchair-accessible vehicles.) Kargbo pointed to a recommendation Yellow Cab made to the Houston City Council for a requirement that all on-demand taxilike services maintain a minimum 10% of their fleets as wheelchair accessible. (Kargbo was quick to recall the past four years he's spent trying to increase taxi fleets in Austin – "and then subsequently, yes, adding more wheelchair-accessible vehicles" through additional permits.) "One of the things that's confusing to people is the lack of understanding that the drivers actually buy their cars," says Kargbo. "That's one of the common misunderstandings: that the service we provide to the small business owner/operators – the cab drivers – is the same service that Uber and Lyft are providing." Albeit with very different regulations.

Kargbo's suggestion is that the stakeholder group now meeting biweekly recommend to Council a program that supports "appropriate regulation to the needs of the consumer" for both networking companies and locally operated taxi companies, whose contracts with the city are scheduled for revision in 2015. "The city needs to have regulations that meet the needs of the consumer," says Kargbo. "That's the role of policymakers. It's not to say 'less,' because people say they need less, or 'more,' because we just want to have more. It's making sure that we have appropriate rules in place that protect the consumer from a safety standpoint, from a price-gouging standpoint, from a discrimination standpoint."

Which is what makes these isolated instances so compelling. For able-bodied individuals equipped with credit cards and smartphones, companies like Uber and Lyft offer access to swift, personalized transportation that cab companies struggle to provide; but the companies' current business models (and lack of regulation) do not require their drivers to serve everybody – effectively excluding those without smartphones or credit cards, and a large segment of the disabled community. That puts the two companies on the wrong side of at least one state human resources code.

"It's still a transportation service," TCRP's Berra concludes. "It's not just a nifty way to make money. You're getting into a business that transports people. There are reasons why businesses should be open to all: social reasons that are part of our civil rights architecture. They've got to be aware of that." 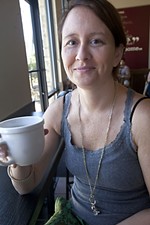