Good fundraising numbers but bleak polls: The vying totals are causing heartburn in the campaign offices of Sen. Wendy Davis as she continues to trail behind the seemingly unstoppable Attorney General Greg Abbott in the race to become Texas' next governor.

In the latest poll of 4,320 Texans, released on July 28 by CBS, The New York Times, and British pollsters YouGov, Abbott is romping ahead with an impressive 17-point margin. Breaking down the numbers, 50% of respondents said they would definitely vote for Abbott, with another 4% saying they'd lean that way. By contrast, Davis only pulled in 34% of solid support, with an extra 3% leaning towards her. If these numbers are correct, then there are only 9% of voters still up for grabs, and over half of them say they have no plans to vote.

It's yet another depressing poll for the Davis campaign. If they hold, she will face the worst blowout Texas Democrats have endured in the governor's race since 1998, when Land Com­mis­sion­er Garry Mauro went down by 36 points to future president George W. Bush. Most worryingly, the poll shows Davis actually losing ground. Last summer, when the two first squared off, she was trailing in most polls by around 8%. However, since the beginning of the year, Abbott has held a comfortable double-digit lead in surveys by Public Policy Polling, Rasmussen, and UT. This has simply reaffirmed the widespread belief that Davis' campaign has been abysmal – marred by lousy media relations and a failure to control the narrative.

That said, the numbers may not actually be so bleak for Davis. The Texas poll was part of a national survey of all governor and U.S. Senate races around the country, and the results consistently tracked in favor of Republicans: Not a surprise, since this off-year election is expected to favor the GOP. However, YouGov's numbers track heavily off from just about every other poll out there – often halving the leads of popular Democratic candidates like New Jersey Sen­ate hopeful Cory Booker, or pulling troubled Republicans like Wisconsin Gov. Scott Walker a little bit out of the danger zone.

The issue seems to be how the poll was done: via the Internet, rather than the traditional randomized phone calls to registered voters. With the decline in the number of home phone lines, those calls have become less and less useful to pollsters. So while online polling has traditionally been viewed as worth less than the paper it's not written on, YouGov has been refining the methodology. However, Democrats point out one major flaw: that depending on online polling means they're less likely to get the opinions of people without Internet access. That means the poor, minorities, and the elderly.

More significantly, YouGov did not include any third-party candidates. In Tex­as, Libertarian Kathie Glass did not make the cut. Still, not even extreme optimism on behalf of the Davis campaign could allow them to believe that Glass would pull 17% out of the Abbott base.

If Davis' supporters are not as numerous as Abbott's, at least they are still willing to put their hands into their wallets. On July 15, her campaign announced some very positive and competitive campaign finance numbers. In her semiannual filing with the Texas Ethics Commission, Davis reported that Wendy Davis for Governor had raised $9.8 million. Combined with the $4.9 million fundraising effort of the Texas Victory Committee (a joint project of Wendy Davis for Governor and Democratic activist group Battleground Texas), that places her in a competitive situation with her opponent, and the $11.1 million raised by Texans for Greg Abbott since primary day. 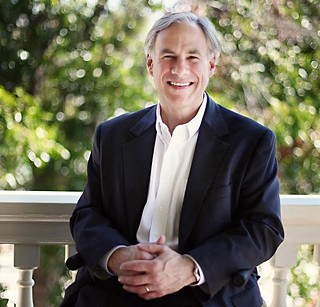 Davis' campaign also highlights the breadth of donations, with $27 million from more than 140,000 contributors since July 2013. By comparison, much of Abbott's funding came from big corporate donors, such as $12,500 from energy mogul T. Boone Pickens, and $26,000 from chicken tycoon and anti-workers' rights campaigner Lonnie Pilgrim.

Unfortunately for Davis' aspirations, she does not have much of that cash left. Between Texas Victory and her own campaign, she has barely $8 million in the coffers, compared to Abbott's $36-million war chest. Moreover, Abbott's campaign has sniped at the amount of cash Davis received from out of state donors – while glossing over his own cash from New York and Cali­fornia. That includes $25,000 to Abbott from David Koch – yes, of the Kochs. That came after similar sums last year from both David's brother Charles, and Charles' son Chase.

Davis' campaign has tried to find fresh traction by pointing out that Abbott has consistently issued business-friendly opinions – most recently, effectively declaring the chemical stockpiles of fertilizer plants like those owned by the Kochs to be a state secret. But unless she can find a way to raise the money to get that message out, that double-digit polling deficit could translate into an election-day disaster.