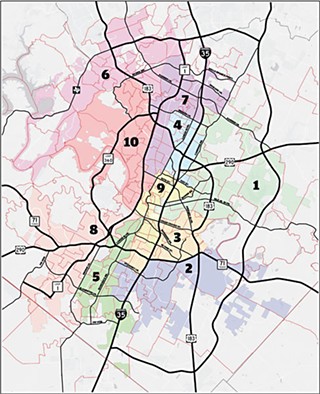 Although many City Council candidates have been working the new districts and neighborhoods since the turn of the year – and counting six mayoral hopefuls, there are now a somewhat wobbly 65 declared candidates – the campaigns only become official this month. Those who have filed campaign treasurer designations (the first official indicator of interest) must now decide – beginning Monday, July 21 through Aug. 18 – whether they will follow through and make official filings with the City Clerk for the offices they have chosen. (As the Elections Coordinator Ann Franklin reminded us last week, "None of them are [officially] candidates until they file for office."*)

Another deadline actually preceded that one, as initial campaign finance reports (covering up through June 30) were due July 15, and some candidates began submitting them a few days early. Fundraising is a traditional way of determining who has sufficient support to run an effective campaign, as well as gauging specific blocs of supporters – and that will continue to be true in the mayoral race. It's less clear just how much that will matter in the district races – no longer demanding citywide resources – although fundraising will still deliver a suggestive thumbnail of who's serious and who's an electoral tourist. We'll be reporting on those this week and in the weeks following – and by the way, there are likely to be a couple of major local bond propositions and a state proposition on highway bonds, as well as Austin ISD and Austin Community College board elections.

Chronicle reporters will be following all these campaigns throughout the coming months. Today, we offer our first snapshots of the Council races as they've developed thus far. With so many current candidates, this overview has required considerable compression. But we're collecting material on all these candidates, districts, and races, and will pursue each race in more depth as the weeks pass, and also in an ongoing fashion online. Just as 10-1 will be new to the voters, it's new to us – but we'll be getting our collective arms around it from now until Nov. 4. We invite our readers to come along for the historic ride.

*This passage has been edited online for clarity.