Council: From Dollars to Chemtrails

CMs hunker down during budget – and campaign – season 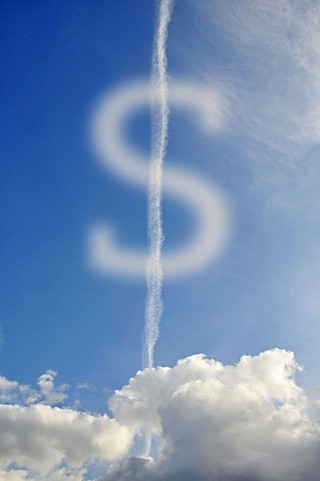 With City Council entering heavy budget season, there's no regular meeting this week. Today, May 29, there's a budget work session beginning at 1:30pm, when a few more departments will be making presentations (less elaborate than last year's) and Council members begin crunching this year's numbers in earnest. In early discussions, a few threads have surfaced: No one is interested in a property tax rate increase (with four members – Mayor Pro Tem Sheryl Cole, and CMs Mike Martinez, Kathie Tovo, and Chris Riley – already engaged in campaigns, that was always unlikely), and everybody's declared an interest in keeping the rate as low as possible (while hiring more cops and central library staff).

The job vacancy issue – roughly 900 positions open but still budgeted – has surfaced again, after last year's wrestle with similar numbers, although among 12,000 city employees, the recurring total is being attributed largely to natural attrition. Nevertheless, the jobs will be scrutinized under the general admonition, "Fill it or cut it." And Council passed, but didn't yet budget, a directive to find money to buy out the remaining Onion Creek flood plain homes – a drainage fee increase is proposed by CMs Martinez and Morrison, and it's too soon to know how that will play out.

Last week, the headline items included the non-decision on renaming the new East Lawn of Auditorium Shores as "Vic Mathias Shores" (see above), and a resolution to broaden the city's standards on the Human Rights Campaign's Municipal Equality Index (see p.15). The morning briefing updated Council on the latest aspects of the Project Connect urban rail proposal; that timeline is accelerating (and we're planning additional coverage in the weeks ahead). There was also a now-reflexive postponement of the Fiesta Gardens/Festival Beach Master Plan (the actual name is much longer – one of the pitfalls of naming parks after departed VIPs); we won't hear about that again until late August.

The next regular Council meeting is not until June 12. This Saturday is the now annual special-called meeting for a "3-hour Saturday Citizens Forum" – during which many of the usual suspects from Citizen Communications show up and take three minutes to repeat what they've been repeating for months. A highly ritualized anachronism in an era of social media – when communicating to officials generally means hitting "send" – the proposed Saturday forum became a minor issue in a previous Council campaign, so here we are. Or you are. Expect to hear about fluoride and chemtrails, affordability, and taxes. The 20 pre-registration slots have been filled, but folks can still sign up at City Hall, sufficiently to fill the allotted three hours.