City aims for carbon neutrality by 2050 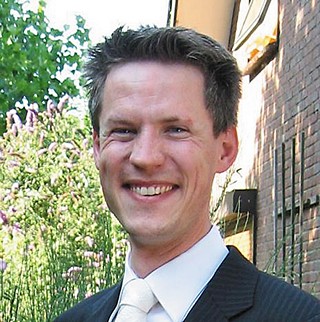 The resolution, sponsored by Council members Chris Riley, Sheryl Cole, and Bill Spelman, passed April 10 with Mayor Lee Leffingwell casting the only opposing vote. It's said to be the most aggressive locally adopted climate change plan to date, and expands on past resolutions to include more city sectors, more benchmarking measures, and more community-held responsibility. In addition, the resolution emphasizes the City Council's preference to "achieve this goal as soon as it is feasible."

Joep Meijer, owner of sustainability consulting firm the Right Environment, and a founder of nonprofit Climate Buddies, helped draft the resolution. He said it is too early in the process to detail how each specific sector – mainly targeting energy, transportation, and waste/industrial – will be involved. The drafters decided to "set the goal, make it as ambitious as possible, and then do the planning and implementation process afterward."

Sector-specific plans are currently in their development stages, and will be presented by City Manager Marc Ott to Council by Sept. 1, "including a framework for meeting short- and long-term community-wide greenhouse gas emissions reduction goals." The final, comprehensive Climate Protection Plan, including "all applicable greenhouse gas emission reduction strategies and climate change resiliency plans," will then be presented for community review and City Council adoption by March 1, 2015.

Not only will this final plan include action plans for each major sector, it will also include secondary goals and measures for "sector-specific factors such as renewable energy, building energy use reductions, vehicle miles traveled, waste diversion rates, and more." The plan will detail what steps toward zero-emission are achievable for each sector, and how other sectors can pick up the slack, should one sector fall short in reaching its goals.

Austin's 2007 Climate Protection Plan was intended to make Austin "the leading city in the nation in the effort to reduce the negative impacts of global warming," according to the program's website, and was indeed one of the most progressive plans of its time. According to Meijer, that project is now near completion – and its lack of a goal beyond 2020 is why having a new plan is so important. 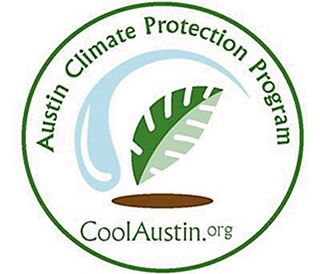 "The current Climate Protection Plan [from 2007] was very outdated," said Meijer. "It only focuses on city operations, but city operations compared to a [whole] city is only a small drop in the bucket." Meijer also said the old plan lacked updating mechanisms, planning processes, and review periods to keep it up-to-date. All of these things will be addressed by the new plan.

Riley's chief of staff, Lewis Leff, a primary drafter of the resolution, said the original plan also failed to address climate resiliency, which is a city's ability to absorb the impacts of climate change without significant negative effects. "We realized that was a missing piece to our Climate Protection Plan," Leff said. "We thought it was important as the environmental leaders to set a new target, and that it would be long term."

Meijer said he believes the resolution's bold goal is not only an achievable reality for Austin, but that it will be completed before the 2050 target date. The resolution acknowledges that for this to happen, however, the plan must take into account the considerable challenges that may be presented by variables such as population and business growth. In a city that becomes home to approximately 110 new residents each day, the community's impact on greenhouse gas emissions is significant.

Jay Banner, climate change expert and director of UT-Austin's Environmental Science Institute, said population growth would be a huge challenge in reaching net-zero emissions. "An increased population will need more resources, more water, more transportation," said Banner, "all of which will require more energy, which in turn will require a bigger effort to achieve net-zero emissions."

Banner also said that while it is possible that enough Austin residents will take personal responsibility over their emissions to reach the resolution's goal, it would require a cultural shift in attitudes. "City leadership can only go so far in this regard," he said. "In my opinion, ATX residents have the potential to go the distance in making this shift, but an external driver will likely be essential."

Meijer said he considers Austin's population growth not a challenge, but an opportunity. "Adding more people, increasing density, is a really good mechanism for lowering environmental impact," Meijer said. "Change means we can make decisions. If this city was stagnant, it would be much more difficult."

Banner said despite potential challenges like population growth and community ownership, the resolution presents an excellent goal. "Austin could be a leader in this regard and catalyze change elsewhere," Banner said.

The full City Council resolution is posted with this story online.