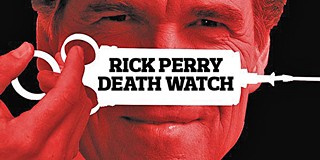 Jose Villegas, apparently angry that his girlfriend's mother did not want him in her Corpus Christi home, in January 2001 repeatedly stabbed 51-year-old Alma Perez and then did the same to his girlfriend, Alma's 24-year-old daughter Erida, and to her son, 3-year-old Jacob. Villegas then stole the family's TV (he pawned it for cash to buy cocaine) and left the home in Erida's car. He was picked up by police not long after the triple murder, to which he ultimately confessed. 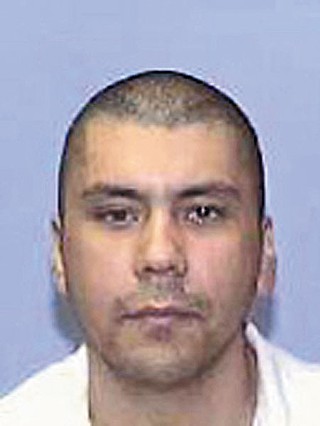 In May 2002, he was tried and sentenced to die for the crime. Unless a court grants his request to pull the date, Villegas will be put to death on April 16.

At issue now is whether Villegas is intellectually disabled, which would make him ineligible for execution. Villegas' attorneys have asked the Nueces County court where Ville­gas was tried to modify or to withdraw the current execution date in order to allow time to have his claim of mental retardation evaluated by a court. Lawyers for the state say there's no merit to Villegas' claim. They note that Villegas' trial attorney "swore" that the defense team conducted a thorough investigation into Ville­gas' background and mental health history and found no indication that he is retarded. Indeed, the state notes that individuals who have now provided affidavits regarding Ville­gas' intellectual difficulties have previously testified on his behalf and "none of them testified that they believed he was mentally retarded or intellectually disabled," reads the state's reply brief. At press time, the district court had rejected the motion to withdraw the execution date, and an appeal filed with the Court of Criminal Appeals was pending.

If executed next week, Villegas will become the seventh inmate executed this year and the 515th executed in Texas since reinstatement of the death penalty.