Then There's This: Faith and the Environment 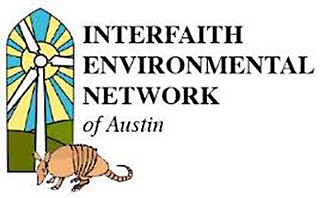 Earth Day is April 22, and the Interfaith Environmental Network of Austin, which views every day as Earth Day, kicked off the month Tuesday with a symposium featuring an Austin Energy exec as the keynote speaker.

The theme of the event, "Fair, Affordable, and Green: Faithfully Building Our Energy Future," didn't exactly mesh with the mini-powerpoint presentation by Khalil Shalabi, AE's vice president for energy market operations and resource planning, but this was a polite crowd and Shalabi, who's fairly new to AE, is more user-friendly than some of the other executive branch members of the utility. Any disagreements with his presentation were confined to whispers in the back of the room, which in this case was the worship space of members of the East Austin Community of Al-Islam. One of the center's leaders, Imam Asim Shareef, along with the Rev. Dionisio Salazar, of the Austin district of the United Methodist Church, also spoke, but only briefly because they were more eager to get to the Q&A session so they, too, could ask questions.

A 'Wrinkle' in Time

It happens that AE is in the midst of updating its 2020 power generation plan, an energy road map that's updated every two years to address market changes. As part of that process, AE held a series of three stakeholder meetings in February, with green energy activists showing up in force to demand more action on the renewable front. They questioned why the plan's original goals – crafted in 2007 – weren't also being updated along with the rest of the plan.

The folks at Tuesday's Interfaith event wondered the same thing. Shalabi explained that updating the goals wasn't included in the City Council's directive to AE when it first adopted the plan. "The added wrinkle now is the task force," he said, referring to a newly formed group appointed by City Council and the Electric Utility Commission that will be charged with bird-dogging AE through its updating process. "Wrinkle" is probably an understatement. Many of the appointees are seasoned activists who raise hell for a living. They include Public Citizen's Tom "Smitty" Smith, the Sierra Club's Cyrus Reed, poor people's advocate Carol Biedrzycki, who heads Texas ROSE – Ratepayers' Organization to Save Energy – and solar professional/outspoken activist Mike Sloan.

While the task force is getting organized, Shalabi said he and others have started running numbers to analyze and make recommendations to Council, which is expecting to get a look at a proposed updated plan by mid-September. In the meantime, Interfaith Austin and other groups are doing their part to inform the community about planning the city's energy future.

Tuesday night's audience members had more questions than could be answered in the allotted time – and most of them centered on getting solar energy into low-income communities, and the utility's continued reliance on fossil fuels. One man noted that he and other members of his congregation are "profoundly concerned about pollution" spewing from coal-fired power plants, such as AE's Fayette Power Project, which the utility plans to retire in 2025. "We're stunned by the amount of toxicity that's going into our air, so the people who are in the faith community that I'm a part of are asking, 'Why are we doing this? Why are we still involved in utility plants that produce poisons?'" And finally, he asked, "Can you envision an Austin on a far faster track to a healthier environment?"

The short answer from Shalabi boiled down to "No." "We can get out of the generation business [but] it doesn't mean the air is going to get any cleaner, because it's a market, and people are building power plants whether you like it or not. So, not all the action can be taken by Austin Energy." On the other hand, he said, a public utility owned by environmentally conscious customers is more likely to be willing to snap up a good solar deal when it sees one. He was referring to the Council's recent agreement to pay up to $21 million annually for 150 megawatts of solar power from a West Texas firm. "We saw the bid and we said this is a good deal for our customers. It's going to help move the industry forward a little bit – it's made a lot of buzz out there – so it's going to put a lot of pressure on other solar developers to meet those prices." The deal put AE on better footing toward increasing its renewables, he said, because it was sustainable from both an economic and operations perspective.

Much of the discussion from people milling about in small groups at the end of the evening still centered on Austin's dependence on coal and the grim prospect of Fayette being around for at least another decade. Indeed, with price bargains on solar likely to multiply, why wouldn't AE want to fast-track the power plant's closure sooner than 2025?