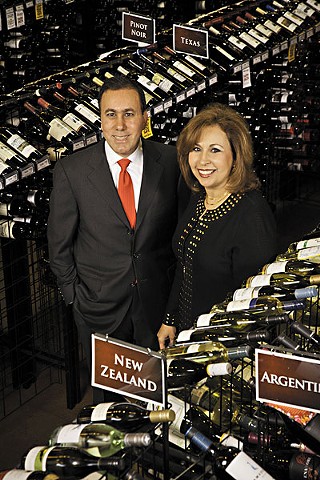 Is the state of Texas violating the constitutional rights of Twin Liquors? On March 18, attorneys for the liquor retailer and wholesaler filed suit in the 353rd Judicial District Court against the Texas Alcoholic Bever­age Commission, administrator Sherry Cook, chief of field operations Robert Saenz, and assistant chief of audit and investigations Dexter Jones. In it, they requested that Judge Tim Sulak issue both temporary and permanent restraining orders to prevent the state from moving forward with its current effort to close the business, claiming multiple violations of due process

On April 22, 2013, the company was the subject of a surprise law enforcement raid at its Austin offices. A joint task force, comprising agents from the FBI, IRS, and TABC, raided the Twin Liquors corporate office on Airport Boulevard, and seized multiple documents. Owners David and Margaret Jabour were informed a year earlier that they were to be audited by TABC, and on the day of the raid they were served with administrative notices, alleging multiple offenses. The state placed an immediate halt on all of the company's pending permit applications, but raised the stakes on Sept. 20 by stating that it planned to cancel all Twin Liquors permits.

In the filing, the Jabours' attorneys accuse the state of abuse of due process. First, the state has access to documents seized by the feds in the raid, to which the Jabours have not been given access. Second­, the state has planned to depose witnesses, but has not formally submitted a notice of violation to the State Office of Administrative Hear­ings, which will undertake the final review. The filing calls TABC's actions "arbitrary and capricious," and claims the agency has used "the pending 'limbo' status of the contested case matter as a device to gain a strategic advantage in the upcoming proceedings."

As the filing notes, the whole case comes in the wake of the March 22, 2012, raid on the Yassine family's nightclub empire (see "The Yassine Sixth Street Noir," May 18, 2012). Underlying the more salacious headlines about cocaine dealing, drug money laundering, and suspected murder was a simple case of tax avoidance: The Yassines had been cheating on their income and alcohol taxes. But unlike the Yassines, who were always the subject of Downtown speculation and rumor, Twin Liquors is a Texas business institution. The Jabour family became one of the leading liquor retailers and wholesalers after Prohibi­tion, and now has over 70 stores and outlets across Texas. In a statement, the Jabours said the investigation "feels like a witch-hunt" and pledged to keep the business open.

However, they could see a significant personal side effect if the TRO is granted. Their attorneys argue that they could not give depositions in the TABC action without subjecting themselves "to a real and appreciable risk of self-incrimination" in the pending federal criminal activities.

On March 19, the Jabours' attorneys informed the court that they had reached a temporary agreement with the state. Twin Liquors would cancel its request for an immediate TRO hearing, and in return the TABC would postpone the scheduled depositions and take no further action until a court date could be set for the week of April 8. 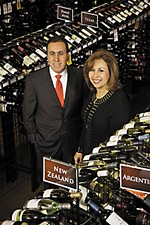 Twin Liquors Settles With TABC
The liquor giant will be allowed to keep open all of its retail operations, but faces a $500,000 fine and the end of wholesale operations in some stores.