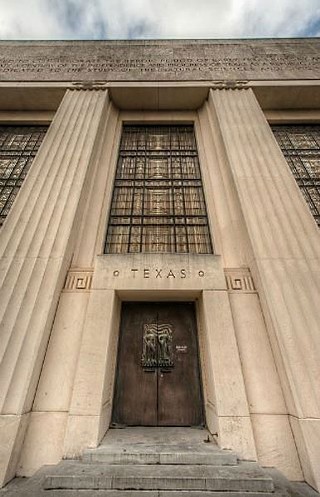 On Monday, Feb. 17, UT-Austin's Faculty Council unanimously passed a resolution in support of the Texas Memorial Museum, which faces budget cuts of about $600,000 this September (see "UT to Slash Memorial Museum Funding," Nov. 15, 2013). The resolution, submitted by the Council's chair-elect, math Professor Bill Beckner, asks "that the Museum's Director and its Advisory Council strive to place the community outreach activity on an independent, self-sustaining financial footing comparable with other museums associated with the University."

While the resolution recognizes the difficulty of dealing with "substantial reduction in external funding and tuition limits," it also names multiple reasons why the museum is significant and "a historic part of the UT campus." The Council doesn't anticipate that resolution will directly cause changes, but, as Beckner explained, "Basically, we were trying to keep the Memorial Museum in the news, with a general sense of support but with also with the understanding that it's not our role as faculty. We aren't in a position, as a group, to ask for the institution to do something specific."

Mary Newcomb, who leads the Save the Texas Memorial Museum efforts ("Alums Fight UT Museum Funding Cut," Jan. 24), was glad to see support for the TMM. She noted that, while "their call for financial support for TMM was rather weak, we understand their situation."

Beckner, who is not involved with New­comb's efforts, recognized that some don't think the resolution is strong enough. He commented, "As a group, we have to think about what our main priorities should be. Those should be faculty, student, and staff support." However, individually, many faculty members have gotten involved, and the Save the Museum petition last week reached more than 2,000 signatures.

Newcomb met with College of Natural Sci­ences Dean Linda Hicke earlier this month to discuss the budget cuts. Regarding funding from the College, Newcomb said Hicke "did hold her ground, as not having the funds to support the museum at this time due to the cuts to her budget." However, when New­comb suggested that "the museum needs to be removed from the CNS, [Hicke] made it clear she didn't stand in our way on that."

On Wednesday afternoon, museum supporters met with UT President Bill Powers. Afterward, Newcomb said that Powers "stressed that UT is under serious budget constraints because enrollment is sharply up while funding is virtually flat." While Powers told her that he does understand the importance of the museum, he "acted like he didn't have the power to do any of [Newcomb's recommendations]." Still, Powers told her that he will "talk with Dean Hicke."

If nothing changes, the budget cuts will take effect on Sept. 1.

Click here to see the meeting agenda and a plea for support presented by the Save the Texas Memorial Museum support group.