Abbott Courts the Nuge ... and His Guns 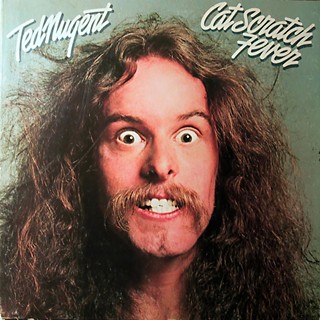 Storm Troopin' for the GOP

What is it with Ted Nugent that so obsesses right-wing Texans? Whatever it is about the walking, talking caricature of a Seventies rocker, Republican gubernatorial hopeful and Texas Attorney General Greg Abbott – following in the footsteps of the incumbent – is the latest to decide to buddy up to the bow-wielding stadium star-turned-novelty act. This week, the Nuge took a brief break from the busy job of serving as former state representative Sid Miller's campaign treasurer to stump for Abbott at campaign events in Denton and Wichita Falls.

However, this latest celebrity turn comes soon after the often-abusive Nugent referred to President Barack Obama as "a Chicago communist-raised, communist-educated, communist-nurtured subhuman mongrel." That rhetoric has raised eyebrows nationwide, and particularly in Nugent's native town of Detroit, with its 82% African-American population. It's also triggered anger in Texas among both Republicans and Democrats, who are demanding that Abbott distance himself from the Nuge. Referring to how, in 1978, the 30-year-old Nugent effectively adopted his then 17-year-old girlfriend Pele Massa (so he could legally take her on tour), not to mention his frequent bragging of his taste for "young girls," Lone Star Project Director Matt Angle said, "Unless Abbott cancels the appearances and publicly condemns Ted Nugent, he will have forfeited any claim to basic moral decency and exposed a fundamental lack of character that disqualifies him for public office in Texas."

Beyond the blue redoubts, former KLBJ 590AM talk show-host Lisa Fritsch, who is challenging Abbott for the GOP nomination, released a statement saying it was "sad, insensitive, and arrogant in 2014 for seasoned Christian conservative leadership to not know better than to keep company with a noted misogynist and bigot no matter how fervent his love of guns and the constitution." She also warned that Abbott's action may endanger Republican efforts to attract women and minorities, "as key demographics are leaving this party in droves."

Abbott is not the first Texas politician to cozy up to Nugent (the heavy metallurgist drove away plenty of GOP fox-trotters at Gov. Rick Perry's 2007 inaugural ball), and it's also far from the first time Abbott has ended up with abusive proxies. Earlier this year, he thanked Denton attorney Jeff Rut­ledge for a tweet which referred to Sen. Wendy Davis as "Retard Barbie," while campaign consigliere Dave Carney described her as "too stupid to be governor."

Of course, Abbott's campaign is attempting to have its cake and smear it all over the walls too – especially since Nugent's prime political value is at the barrel of a gun. A National Rifle Association board member, Nugent is basically a celebrity shill for the firearms industry – whom no GOP candidate can afford to offend. In a statement, Abbott's spokesman Matt Hirsch said of Nugent, "While he may sometimes say things or use language that Greg Abbott would not endorse or agree with, we appreciate the support of everyone who supports protecting our Constitution."