Bill would require Texas to get federal clearance 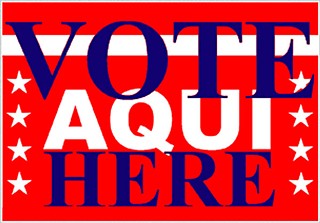 Citing the memory and legacy of Martin Luther King Jr., Vice President Joe Biden has urged Congress to pass a bipartisan measure that would rebuild the Voting Rights Act, and once again require Texas to get federal approval for any changes to voting maps and laws.

(see "SCOTUS Punts on Fisher vs. UT, Lifts Part of Voting Rights Act," June 28, 2013). The justices had generally been expected to rule on Section 5, which creates the system by which some states must receive federal clearance on election reform. Instead, they struck down Section 4, which defines which states must go through preclearance. Arguing that the map was outdated, Chief Justice John Roberts stated that Congress could simply pass a new Section 4.

That's exactly what three lawmakers – Senate Judiciary Committee Chair Patrick Leahy, D-Vermont, and Reps. John Conyers, D-Michigan, and Jim Sensenbrenner, R-Wis­consin – plan with the Voting Rights Amend­ment Act of 2014. Under their new definitions, only four states – Georgia, Louisiana, Mississippi, and Texas – would require clearance, rather than the nine states and various smaller political entities defined under the old rules in 1965. Calling the measure "modernized ... constitutional and bipartisan," Sensenbrenner said it was a direct response to the SCOTUS decision. "When that ruling came down last summer, I knew the VRA must be fixed before the next election and any solution must be politically palatable while complying with the objections of the Supreme Court."

Their measure has now gained the support of the vice president. During a speech at the National Action Network's annual King Day Breakfast, he specifically cited the Texas voter ID bill, which is currently the subject of a federal lawsuit filed by the Department of Justice. Biden called this kind of battle "the ultimate fight because our opponents know, they know the single most dangerous thing to give us is the right to vote."

The bill walks a very fine line. Many conservatives were furious that SCOTUS did not simply remove Section 5, and may vote against any map. However, the reduced number of states covered may win over some wavering GOPers. That said, many Democrats and voting rights activists are alarmed by the number of states that have passed restrictive voter ID laws, and may want tougher legislation. ACLU senior legislative counsel Deborah J. Vagins called the measure "not perfect" but still implored passage, arguing it contains "a set of protections that are flexible, forward-looking, and written to capture recent discrimination and stop discriminatory changes before elections take place."