Freedom for the Kellers and Rosemary Lehmberg's wild ride 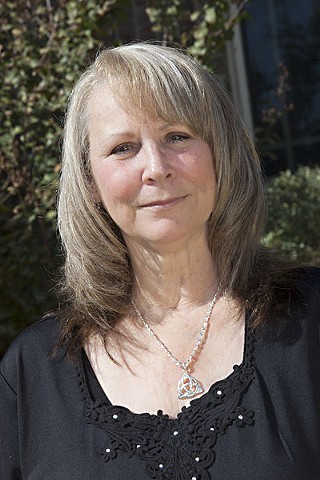 Fran Keller after her release from prison (Photo by Jana Birchum)

1) Kellers Freed After spending roughly 21 years in prison for a crime few still believe actually happened, Fran and Dan Keller were released this fall after District Attorney Rosemary Lehmberg agreed that false evidence infected their 1992 trial. Their release brings to a close one chapter of the notorious case in which the Kellers were accused of ritually abusing a child who was an infrequent drop-in at their home-based day care.

2) The D.A.'s DWI It was a rocky year for D.A. Rosemary Lehmberg, popped for drunk driving on April 12. She spent an inglorious night in the Downtown lockup – where she was combative with corrections officers – before pleading guilty and being sentenced to 45 days in jail. Year's end saw her in civil court, where she won the right to keep her job against an effort to oust her under an obscure state teetotaler law.

3) Anderson Pleads Guilty More than a quarter century after he helped send Michael Morton to prison for the murder of his wife Christine – a murder Morton did not commit – former WilCo prosecutor-turned-district-judge Ken Anderson pleaded guilty to withholding evidence from Morton's defense, was sentenced to 10 days in jail, and was stripped of his law license.

4) Police shootings Aftermath Amid an internal inquiry into the fatal July shooting in Central Austin of Larry Eugene Jackson, veteran APD Detective Charles Kleinert abruptly resigned, halting the investigation in its tracks – and leaving open many troubling questions about how it was that Jackson wound up dead from a bullet to the back of the neck, fired from Kleinert's gun. In June, a federal jury cleared Austin Police Officer Nathan Wagner of liability for the 2011 killing of Byron Carter, who was shot multiple times.

5) Junk Science Junked After two unsuccessful tries in two previous Lege sessions, lawmakers finally passed Texas' first-in-the-nation law to allow for inmates to appeal their convictions based on the use of junk or outdated science against them at trial.

Showing no signs of stopping.

6) Morton Law Passes Lawmakers revised Texas' discovery law – after years of opposition from prosecutors – to require prosecutors to turn over all relevant evidence, including all police reports, to defendants prior to trial. The law is named for Michael Morton, who spent nearly 25 years wrongfully incarcerated for murder, in large part because prosecutors hid from his attorneys evidence that clearly suggested someone else was responsible for the brutal crime.

7) Edith Jones Complaint Civil rights groups in June filed a formal complaint against 5th Circuit Judge Edith Jones, who they say violated her duty to be impartial and damaged public confidence in the judiciary in statements she made during a public lecture – including that blacks and Hispanics are more violent, and that the death penalty provides a public service by allowing an inmate to "make peace with God." A formal inquiry is ongoing.

8) All Quiet on the Corner Police efforts to permanently shutter the decades-old open-air drug market around the corner of East 12th & Chicon streets in the heart of Central East Austin impressed neighbors, while a zero-tolerance approach to stemming crime in the Rundberg Lane area brought neighbors out in force to take back their blighted 'hood.

9) Aquarium Co-owner in the Tank In early December Ammon Covino, one of two brothers behind efforts to bring an aquarium to Austin, was sentenced to a year and a day in federal prison for illegally procuring sharks and spotted eagle rays for display in the Idaho Aquarium, one of the family's other properties. Despite ongoing concerns about whether the Covinos have complied with animal welfare laws and city building rules, the Austin Aquarium officially opened its doors to annual-pass holders on Dec. 12.

10) Texas Death Machine The state's execution machine stayed greased and unimpeded in 2013, with the state surpassing its 500th execution since reinstatement of the death penalty. In all, 16 inmates were executed last year, even as questions about the practice persisted. By law, inmates judged insane or mentally deficient are not allowed to be executed regardless how depraved their alleged crimes.